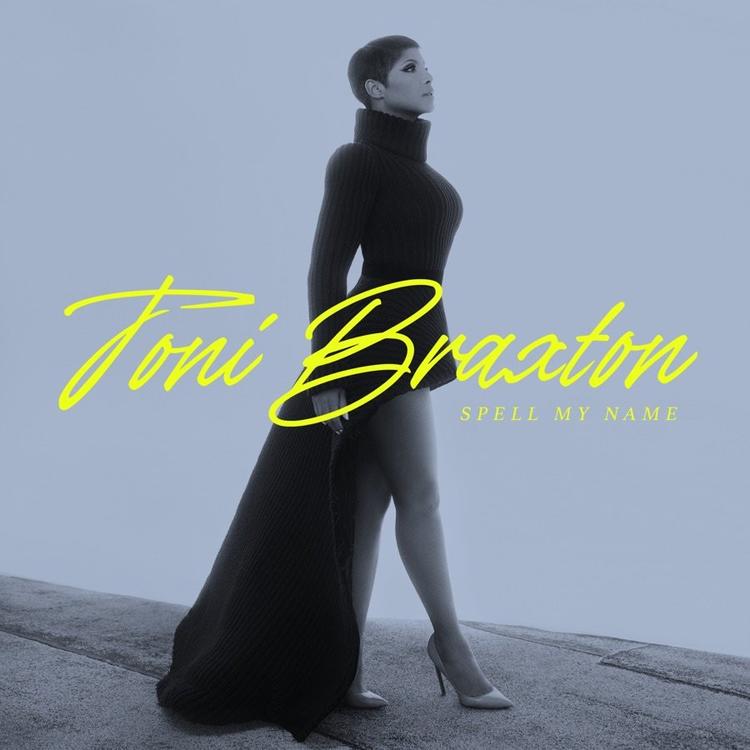 Toni Braxton returns to the music scene with “Spell My Name.”

If you’ve gone through a breakup recently, make it a mission to listen to “Happy Without Me.”

Throughout “Happy Without Me,” Toni Braxton reminds us all that things eventually trend upwards after a breakup. My favorite part of the song comes towards the end when the horns on the beat get louder and almost sound as if they’re rising up with Toni for her big triumphant moment.

“O.V.E.Rr.” is a mix between an upbeat track that would make you bang your head and a soulful track that will have you in your feelings.

Warning: For those of you who fall into funks easily, do not pay too much attention to the lyrics that you hear on “O.V.E.Rr.”…

I, for one, am glad that “Nothing” is included on Spell My Name.

I would call “Nothing” an extreme version of a love song, only because Toni Braxton repeats the lyrics, “I am nothing without your love” throughout it. The sentiment is sweet, but it can also be seen as a little unhealthy. With that being said, as out there as that sentiment is, it is also a very real and valid feeling to experience when you care about somebody a lot.

“Nothing” might be my favorite song on the album because of the way Toni Braxton sings on it. I could listen to it all day!

Both versions of “Do It” are wonderful (With or without Missy Elliott, Toni Braxton absolutely killed the track).

I love both the beat and Toni Braxton’s vocal performance on “Do It.” With that being said, the version of “Do It” with Missy Elliot has a certain flair that further emphasizes the meaning behind the song.

As someone who has been in the same position that Toni talks about on “Do It,” while listening to the song, I felt like she was speaking directly to me.

Gun to my head, if I had to choose between the two versions of “Do It,” I would choose the one without Missy Elliott… It felt as if Toni Braxton had the time to get what she needed off her chest on the original version.

“Dance” will get you off your feet.

Even though “Dance” is about getting over a breakup, its high tempo beat makes you forget about all of that. All you’re going to want to do once the song comes on is literally dance, dance, dance.

If you listen to “Dance” through headphones, you might feel like you’re dancing with Ms. Braxton herself.

At least we have some good music to help us get through these trying times, right? Despite all of the negativity that 2020 has brought to the world, the one good thing it did bring was the come back of R&B queens! It first started with an album drop from Brandy and now one from Toni Braxton.

What stood out the most to me on Spell My Name was the story progression throughout the songs. On “Dance,” Toni Braxton is a woman who has just gotten out of a relationship. The next couple of songs take us through Toni learning how to deal with losing someone she cared a lot about. We finally arrive at “Saturday Night” where Toni now sounds resolved about the situation. Even though most albums are typically cohesive, very few of them these days actually tell a story. I appreciate the fact that Toni took the time to do that.

Even though Spell My Name is centered around the feelings that come with losing a significant other, a concept that a lot of people, regardless of age, have dealt with, the way in which Toni Braxton spoke about the topic on the album gave it an air of maturity. The raw emotions she shows on the album aren’t all that different than the raw emotions a twenty-year-old might show after a breakup; however, what made the difference for me was that Toni delivered her raw emotions in an elegant and grown way on the album.

Out of all of the albums I have reviewed this year, Spell My Name was the hardest to create a top 5 songs list for. I found myself in love with song after song on the album. Toni Braxton went into the studio and did what she does best and ended up making a borderline masterpiece. I don’t care if you’re a Toni fan or not, do yourself a favor and listen to Spell My Name!