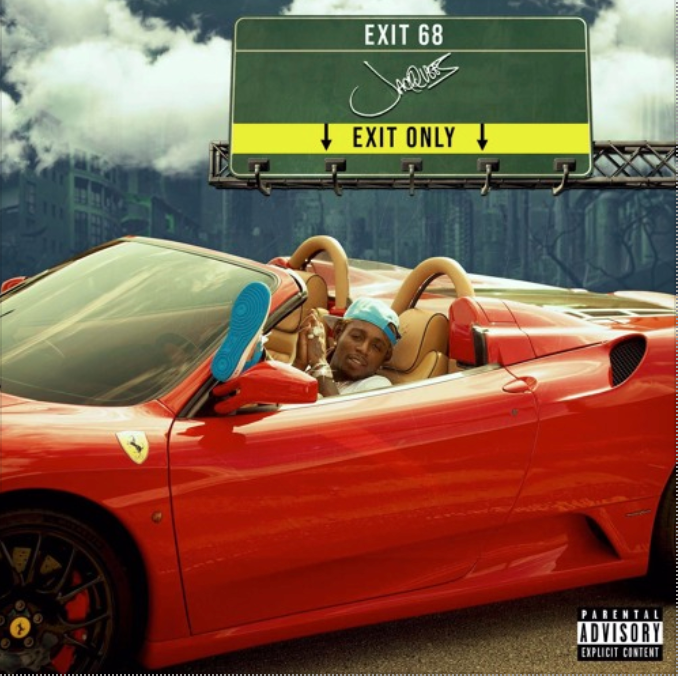 Jacquees surprises us with “Exit 68.”

5. MORE THAN A LITTLE WHILE…

I love how unorthodox “More Than A Little While…” sounds.

“More Than A Little While…” boasts a quirky instrumental, a fantastic hook by Jacquees, and verses by YTB that are powered by trill-ass lyrics and impeccable flows. Y’all are going to think that I’m weird for liking this song, but I don’t care!

Who said that a bunch of random-ass rappers can’t make a song better?

“Sumn’ Bout Your Love” will resonate with lovers of all ages.

How cute, Jacquees said he wants to be his girl’s “Dope Dealer.”

“Dope Dealer” features a soothing beat and very infectious melodies. As for lyrically, you’re going to love how Jacquees lets his woman know that he can make her addicted to him like I’m addicted to burnt pizza crusts.

I wish “Dope Dealer” was mastered.

“Both Sides” is powered by this smooth-ass beat that boasts vibes that are meant to slow everything around you down. As for Jacquees, he does a good job of laying down a hook that is both catchy and passionate and verses that are both sly and romantic on the song. Way to literally play both sides on a song called “Both Sides,” Jacquees!

If you bump “Eastside Blues” at night, you might accidentally fall asleep. The song is powered by a cozy instrumental and a sly vocal performance by Jacquees. However, the Atlanta native does talk about some playa s**t like having a bunch of chicks throughout the Atlanta area on his hip, drinking moonshine, and having some go-to moves in the bedroom in the song.

When Jacquees calls himself “The King of R&B,” I get it. What he’s trying to say is that he is great at making authentic/traditional R&B music. Though Exit 68 doesn’t feature high-quality music, it does feature timeless-sounding R&B music.

Throughout Exit 68, Jacquees holds nothing back when it comes to talking about sex, his playboy ways, and living life on the edge. He also harmonizes fearlessly, toys with all kinds of melodies, and simply gets lost in all of the beats he is handed. I wouldn’t say that Jacquees shows a bunch of charm on the mixtape, but I would say that you can hear his love for music in every song on it.

The melodies, the vocal performances, and the lyrics that Jacquees hooks us up with on Exit 68 are crisp; however, the songs on the mixtape sound like they were recorded in a ghetto-ass studio (The album doesn’t sound mastered at all). If ‘Quees is able to remake some of these songs using better equipment, I might bump this album’s grade to a B.