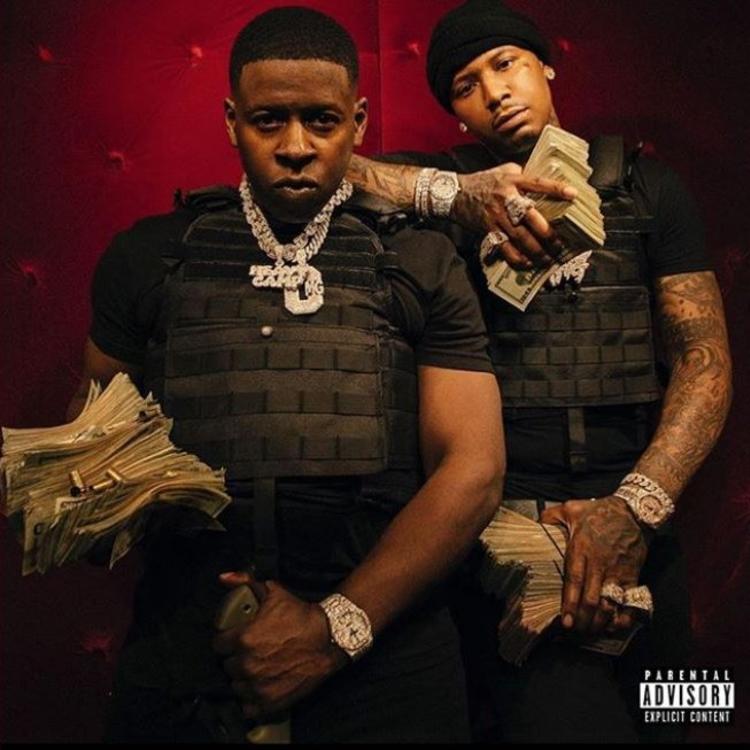 MoneyBagg Yo and Blac Youngsta go off on “Birthplace!” Both rappers float through the song using consistent rap flows and slight melodies. They also dismiss haters, galvanize hoodrats, brag about their luxurious items, and threaten their ops in the song.

MoneyBagg Yo and Blac Youngsta are fantastic s**t talkers!

“Blind” is probably the realest song on Code Red.

MoneyBagg Yo and Blac Youngsta keep it real throughout “Blind.” In their respective verses on the song, they talk about their fallen friends, about all of the sins that they have committed throughout the years, about their rough come-ups, and about the importance of loyalty.

If we could remove Blac Youngsta from “Blind,” the song would be very good!

MoneyBagg Yo, Yo Gotti & Blac Youngsta each do their thing on “New Chain.”

“New Chain” is mean! The song doesn’t only feature a cold-ass trap beat that has the same sirens all of Future’s club bangers have, but it also features verses by MoneyBagg Yo, Blac Youngsta & Yo Gotti that will intimidate ops, excite gold diggers, and empower shooters.

I love how MoneyBagg Yo, Yo Gotti & Blac Youngsta sound like one on “New Chain.”

I guess “Brain Dead” is the only love song on Code Red.

In “Brain Dead,” MoneyBagg Yo talks about the ups-and-downs that both he and his main chick go through on a daily basis. Even though the song is powered by a booming beat, you do get a vulnerable version of the Memphis rapper.

Ari yells at MoneyBagg Yo at the end of “Brain Dead.” I’m guessing that he either forgot to put the toilet seat down at their house or he cheated on her (Women get equally mad at both things).

MoneyBagg Yo talks his s**t in “Said Sum.”

“Said Sum” is a trap banger that features a beat that will f**k your car’s speakers up, tons of trash-talking (Including subliminal shots towards a certain boxer), and a hook that is both trill and catchy. S**t, since we can’t go to clubs these days, maybe we can blast “Said Sum” at someone’s developed basement.

To be honest with you, if Blac Youngsta wasn’t on this Code Red album, I would give it a higher grade. Don’t get me wrong, I love his energy and think that he is the perfect hypeman; however, at the end of the day, he is not a good rapper. With that being said, throughout Code Red, Youngsta makes truly powerful trap bangers sound slightly goofy. I will say this, I love how open, raw, vulnerable, unapologetic, and trill he sounds on the album.

MoneyBagg Yo is a f**king beast! I like how clever his lyrics are, I like the arrogance that he raps with, and I absolutely love how he goes toe to toe with booming beats in his music. On Code Red, MoneyBagg absolutely shines! I honestly cannot pick out a bad verse that he dropped on the album.

In 2006, I remember thinking to myself, If I could take Birdman off this Like Father, Like Son album, I would do it in a heartbeat. I feel the same exact way about this Code Red album. If I could take Blac Youngsta off it, I might just add it to my personal music library (I love Blac Youngsta, but MoneyBagg Yo is in his zone on the album).