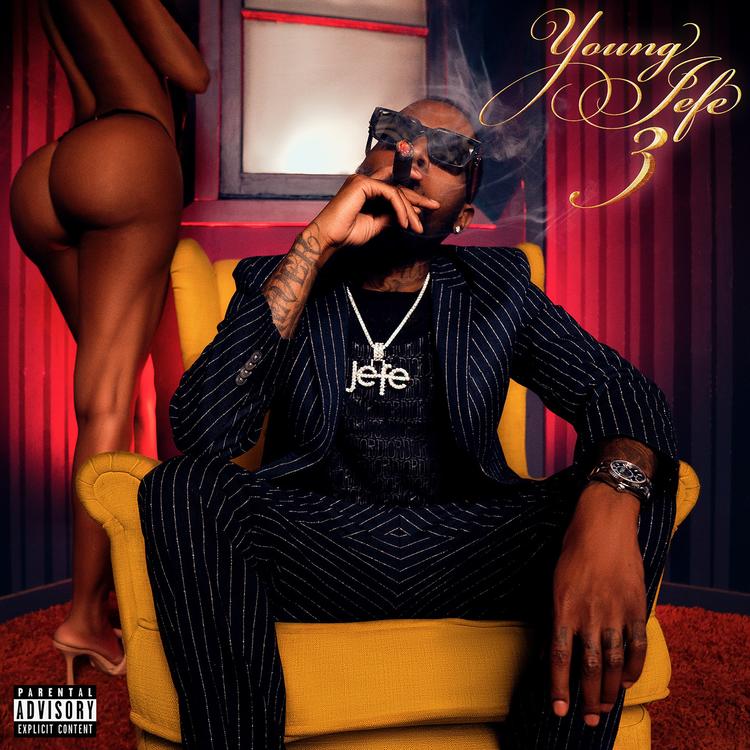 “Like That” is the closest thing that you will get to a love song on Young Jefe 3.

I love how “Hamilton” straddles the line between hard and soulful. Not only is the song powered by a beat that is both hard-hitting and gentle, but it is also powered by verses by Shy Glizzy and 3 Glizzy that are melodic and tough, and lyrics that are ruthless and modest.

S**t, The Hamilton in DC is the bougiest place someone can get popped off at.

“Feel The Vibe” is a captivating rap song. Not only is it powered by this fascinating trap beat, but it also features verses by Meek Mill and Shy Glizzy that will empower shooters, galvanize dope dealers, satisfy bosses, and energize flossers.

Meek Mill and Shy Glizzy spaz out on “Feel The Vibe.” On the real, it almost sounds like they are having seizures on the mic.

Shy Glizzy and Lil Uzi Vert are quite the tandem on “Right Or Wrong.”

Shy Glizzy is definitely poppin in DC. With that being said, I think he should focus on taking over the globe now. “Right Or Wrong” is a song that I think can grow his fanbase.

“Right Or Wrong” features a bunch of cocky lyrics, lots of whiny vocals, and a beat by TM88 that will make you miss your clubbin days. Though Shy hits us with a verse and hook that is certainly catchy on the song, I feel like Uzi’s rockstar contributions steal the show. (Shy, you cannot outshine Uzi on a song that boasts rockstar vibes)

Lil Uzi Vert absolutely murders his verse on this song.

Shy Glizzy was put on this earth to make a song like “Lonely Vibes.”

“Lonely Vibes” is a masterpiece! For starters, I love the booming yet emotional beat that powers the song. I also love the powerful lyrics, memorable melodies, and passionate singing that Shy Glizzy gifts us with on the song. All in all, “Lonely Vibes” is great in every kind of way.

Shy Glizzy is on the precipice of blowing up. Despite being a veteran in the game, it feels like he could qualify for XXL’s freshman list every year. Whatever the case may be, Shy Glizzy puts up a performance on Young Jefe 3 that will make you put respect on his f**king name!

Shy Glizzy is absolutely fearless on Young Jefe 3. Not only does he hit us with vivid/unadulterated lyrics, but he also sings like a Masked singer, shows tons of emotion, and raps over beats that are meant to f**k clubs up on the album. While listening to Young Jefe 3,  it’s clear as day that Shy Glizzy knows he’s the greatest thing since a Coronavirus vaccine. My one issue with the album is this: When Shy raps on it, it sounds like he’s freestyling (The flows he raps with are beyond basic).

The guests that feature on Young Jefe 3 all put up solid performances. As I stated a few paragraphs ago, Lil Uzi Vert murders his verse on “Right Or Wrong,” Jeremih and Ty Dolla $ign bless “Like That” with authentic R&B vibes, Meek Mill lets his heart bleed on “Feel The Vibe,” and NoCap puts up one of the best hooks on the album on “Situations.” I also thought that up-and-comers 3 Glizzy and Taliban Glizzy also put up great performances.

I think it’s impossible to not feel this Young Jefe 3 album. If you are able to get past Shy Glizzy’s cartoonish voice, you will be able to appreciate it more than your firstborn.