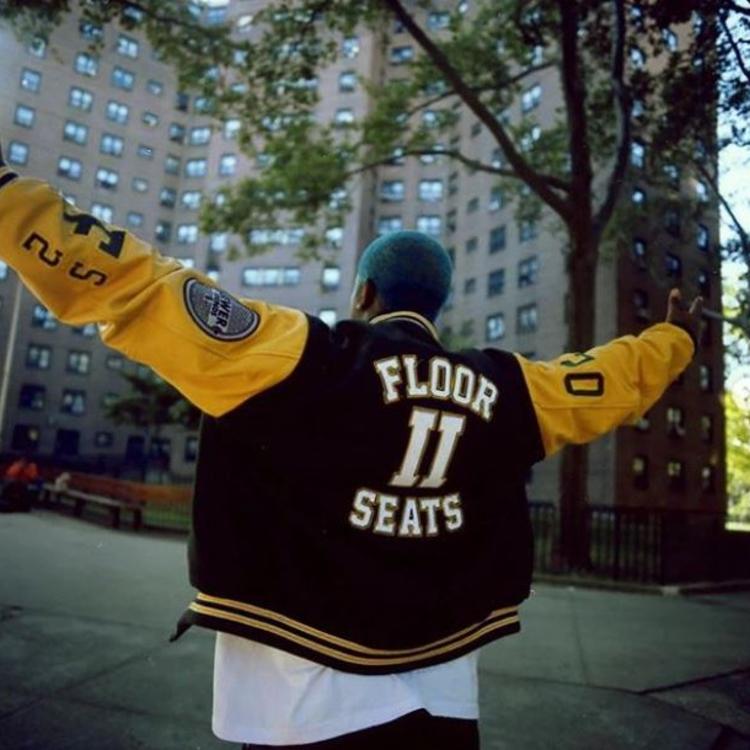 A$AP Ferg proves his worth on “Floor Seats II.”

“Marylin Manson” is powered by an extremely catchy hook, some of the scariest adlibs that I’ve ever heard in my life, a booming beat, reckless lyrics, and a myriad of rap styles. The fact that only two people made this song is bonkers!

I was more afraid of Marilyn Manson than I was of Freddy Kruger when I was a kid.

Don’t sleep on “Mask,” folks. The song features some pretty impressive rap flows, lyrics that will serve as kryptonite for haters, and a beat that will make you do the ugly face.

A$AP Ferg is from New York, so it isn’t surprising that he decided to link up with AXL Beats for “No Ceilings.” What does surprise me about the song is that it features New Orleans rapper Lil Wayne.

“No Ceilings” is powered by a drill beat that you will think that you heard before. Over it, A$AP Ferg, Jay Gwaupo, and Lil Wayne remind the world that they are ruthless hitters that don’t mind snatching chains off of people’s necks, trapping, taking drugs, and messing with gold diggers. While Ferg sounds like a complete dog on the song, Gwaupo sounds like a Lil Tjay doppelganger, and Wayne sounds like an auto-tuned-up goon.

If we weren’t in a pandemic, “Move Ya Hips” would be a much bigger song.

“Move Ya Hips” is yet another banger that will make you mad that you aren’t allowed to attend large social gatherings. The song features a beat that sounds both scary and hard-hitting, a hook by MadeinTYO that is both exhilarating and catchy, and verses by Nicki Minaj and A$AP Ferg that are brash, reckless, aggressive, gangsta, braggadocios, sexified, and full of tongue-twisting flows. If you didn’t shed a couple of calories while listening to “Move Ya Hips,” I don’t know what to tell you.

Of course, a song called “Dennis Rodman” is fantastic!

“Dennis Rodman” is one of those smooth club bangers that will have folks moving their bodies gingerly. While the song features semi-smooth melodies, a semi-smooth hook, and a semi-smooth beat, it also features some hard-ass raps by both A$AP Ferg and Tyga (They talk about getting slop and shooting up ops in their respective verses).

I would love to go bar-hopping with A$AP Ferg.

A$AP Ferg has always been a rapper that caters to partygoers. What makes Floor Seats II interesting is that he accompanies his boisterous energy with a bunch of different sounds on the album. For instance, on a song like “Marilyn Manson,” Ferg’s boisterous energy is accompanied by terrifying vibes, while on a song like “No Ceilings,” his boisterous energy is accompanied by a Brooklyn drill beat. Slow down, I’m not prepared to say that A$AP Ferg is as versatile as Drake; what I’m prepared to say is that on Floor Seats II, he does a great job of stepping outside of his comfort zone just enough to gain fans, but not enough to turn off his true fans.