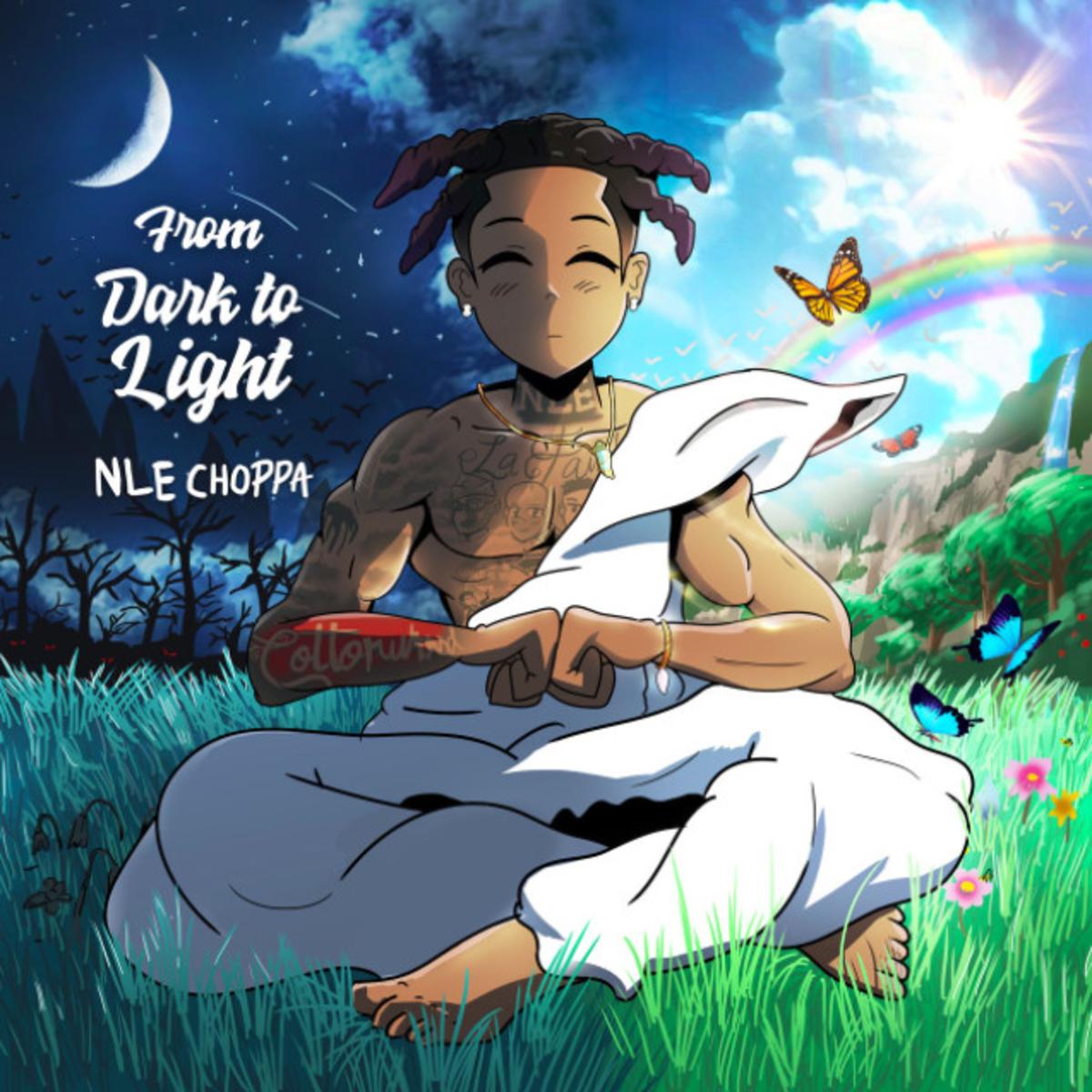 NLE Choppa premieres his new self on “From Dark To Light.”

NLE Choppa switches between a preacher and a woman-slayer on “Twin Flame.”

I’m not going to lie, I get annoyed when rappers try to preach to me about some woke s**t. Unfortunately, on “Twin Flame,” NLE Choppa does just that. With that being said, a lot of the things that the Memphis rapper says in the song are pretty powerful. Not only does he talk about being the type of dude that needs a woman that has a good brain on her, but he also encourages women to stay away from s**t like OnlyFans. On the flip side, Choppa talks about being a savage in the bedroom in the song, too, so he isn’t a complete angel, yall.

NLE Choppa and Big Sean keep it 100 on “Moonlight.”

Believe it or not, Big Sean sounds 10x more ferocious than NLE Choppa on “Moonlight.” While Choppa sings his butt off and uses his inside voice on the song, Sean hits us with a gassed up rap verse. The two rappers mainly talk about their refusal to lose in the song.

NLE Choppa does his best impersonation of Tupac on “Picture Me Grapin’.”

On “Picture Me Grapin’,” you get a heinous version of NLE Choppa. Throughout the song, he talks about shooting his enemies and doing some strange things to women that he probably doesn’t plan on marrying. While I love the beat that powers the song, I think the flows NLE raps with are a bit shaky…

NLE Choppa talks about his growth in “Bryson.”

NLE Choppa shows the world his vulnerable side on “Bryson.” Throughout the song, he ferociously raps about giving up on weed, violence, and meat. He also hits us with a hook that is gentle as hell and raps that are delivered courageously.

NLE Choppa talks about his rough come-up on “Body Catchers.”

Do you know what song “Body Catchers” reminds me of? “Reaper’s Child.” (The two songs have similar vibes)

I’m not going to lie, before I pressed play on this album, I thought it was going to feature meditative music; Thankfully, it does not. What do you get on the album then? Emotional/hard-hitting trap music that features some wise lyrics here and there.

Before NLE Choppa went through this major transformation, I thought that he was a YoungBoy Never Broke Again doppelganger. On From Dark To Light, he sounds like a YoungBoy Never Broke Again doppelganger sometimes, but for the most part, he sounds like your everyday melodic rapper. As for content-wise, he still talks about smashing chicks and shooting his gun, but he also talks about working on his mental and doing everything he can to be a better person. All in all, if you are a fan of NLE Choppa, no need to worry, he sounds like a slightly more mature version himself on From Dark To Light.

One thought on “NLE Choppa – From Dark To Light (Album Review)”