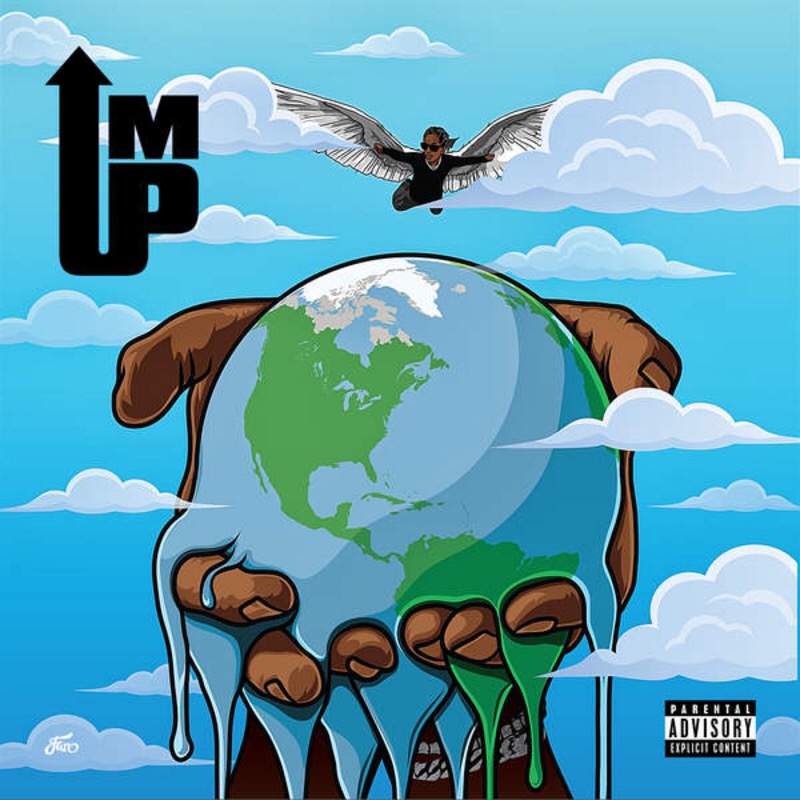 Even though he’s starting to look like Reptar from Rugrats, Young Thugs music still bumps!

Someone made a good point about Young Thug and how he’s the best in the game at picking beats. There was a time Rick Ross had this crown, and Future is very close to that crown currently, but right now Young Thug has it to me.

Just two days ago this Mixtape was named “Slime Season 3”, eventually he switched it up like a dude on Love and Hip Hop switches up sexual orientations and has decided to name it “I’m Up”. I think that’s a stupid name for a Mixtape, but then again, this isn’t the brightest crayon in the crayon box.

This is the type of track that you nod to all day my brother.

King Troup has a great flow to it, and its tempo is infectious to the ears. It’s also one of Thuggers more tamed songs on the Mixtape.

My sister lives on King Throop in Brookyln….Thugger just spelled it wrong.

Typically I don’t like songs that have a bunch of random ass people on it, but this tracks charisma catches my attention for sure. I feel like this is the type of track that you’re just sitting around with your homeboys talking about life! Of course we’re talking about different things though, because I’m nowhere near their salary range!

Rant #1 – Mr. Thug, if you’re going to make a song called F Cancer, please be respectful and not talk about strippers, hoes and how much money you have on it (Cancer is very serious).

Now that I got that out the way, lets rate the song fairly:

Young Thug has some unique bars on each line: It’s clear, and clever (sort of).

Quavo is good for this track, as he’s a good contrast from the erratic sound of Young Thug.

This track is a must have! Thugger doesn’t do too much on the song, as it seems like he’s the setup guy for the other two artists.

Both Offset and Solo Lucci add that sanity to the track that’s needed, as they offset Thuggas sound (No pun intended). Believe it or not, both are lyrical which makes the song really dope.

You get a chance to compare Future and Thugga on this track, as the beat is produced by Metro Boomin. While the beat is sick, Thugga’s animation makes the song unique: He uses several different voices, flows, tones, and subjects on this track (In other words, if you let that man run wild, he is all over the place). It is a very unique sound.

Young Thug seems to understand how to approach any beat masterfully. His sound is consistent throughout, and his animation never wavers. This Mixtape features many lowkey artists, which I think was very smart due to the fact that his erraticness could be overwhelming at times.

The Mixtape is yet another example of Young Thugs potential. Can you imagine a solo LP where we might be able to get even bigger names to feature on? In the mean time, we’ll have too settle for Solo Lucci, and a random girl named Dora (Which I’m told by one of my readers is one of his sisters!) to bless our ears.