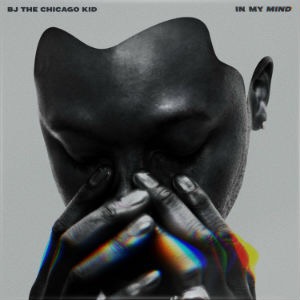 BJ (Pause) The Chicago Kid is a very slept on soul singer in the game right now, but in the Hip hop industry he is very well known. In the last couple of years, BJ has kicked it with Kanye, been endorsed by Dr. Dre,  and has collaborated with Kendrick Lamar and his TDE family on numerous songs, really creating a name for himself on the low low. With all the affiliation talk out the way, you can tell that there is this strong desire from him to stand on his own two feet now (Rightfully so), and with ‘In my mind’, he has an opportunity to.

BJ made me dig deep into my soul on this track! He made me feel the Holy ghost! PRAISE THE LORD! Forgive me for all them damn dusty hot dogs I ate from that 711 yesterday!

In all seriousness, it’s always good to catch the Holy Ghost, and when it’s coming from someone who admits that he’s just a simple guy like you are, it’s even more refreshing. In life, if you aren’t having occasional eye opening experiences from the people around you, you may have to change what you’re around.

Other than the above description, the song sounds like any other beautifully made gospel song.

The ‘New Cupid’ is Neo-soul, mixed with the swagger of a young adult. The track has a nice tempo to it, as BJ sorta puts you in this whirlwind of emotions throughout his verses.

Kendrick shines on Neo-soul tracks like these: He’s able to have his signature gangsta sound, but still be charming with a splash of consciousnesses.

‘Shine’ is absolutely beautiful! It’s just a piano, a guitar, and BJ’s vocals on it. The song is uplifting, it’s deep, it’s emotional…. I bet if they play this track at the end of one of those ’30 for 30′ episodes on ESPN, you would shed tears.

This track showcases BJ’s ability to make a legitimate love song! He wants you to feel what he feels about his girl, and he does it in a very soothing/gentle way… It’s reminiscent of one of those uptempo 70’s R&B tracks where them dudes made it strictly for the lovers! Not for a THOT, only for the lovers! The type of girl that clips your finger nails, and flushes the toilet for you after you took one of those dumps that don’t wipe out all the scraps after the first flush.

Isn’t ‘Church’ one of the realest songs you’ve heard in a while? Let me breakdown the songs scenario: On any given Saturday, you go to a club, act a fool, shake your ass, and talk to a pretty girl about what you want to do to her temporas, but it always hits you eventually that you got Church in the morning! In that moment, you feel the need to shut down anything and everything that comes your way at the end of the night….The booty, the hookah, the drugs, the 711 hot dogs, the EVERYTHING! That is the power of his faith, and the importance of Church to him.

What I like about this song is the mellow feel to it, as it plays more like an R&B song then a gospel one. What makes it sound even realer, is that he’s not stressing one word; all things are coming out authentic, almost as if he’s talking directly to the listener.

Chance the Rapper sounds great on this track also. Chance adds to that whole ‘justifying why I can’t put my Joe Johnson in your tummy’ sound. Both artists generally sound like they’re hurting from their decision to leave the punani to be for church.

The natural mixture of gangsta music, gospel, and R&B is amazing on this track! There is a power struggle between all versions of himself, and it’s invigorating. To be honest, this surprised me a bit, as since he’s from Chicago, I thought he would use this opportunity to talk about what he sees, what he’s been through, and how tough he is….Instead, the album is extremely gentle, with very pleasureful  ballads. I’m impressed! My fear is that a lot of people would think like me, and mislabel the album based off his standing in the industry….. If you do that, you might be missing out on an absolute gem!