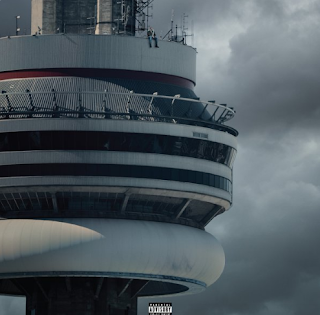 Drizzy Drake has finally released his highly anticipated album “Views.” Though the artwork of this album may look questionable to you, you cannot question this guys ability to put together a solid banger.

This album promises to have a little bit of everything: Hard records, sappy records, Dancehall records and even old school records. It’s truly the definition of a full body of work.

Drake decided to go old school on this latest version of his ‘9am in Dallas’ type track. You got Brandy in the background setting the 90’s vibes, and this bad boy and the family-like instrumental setting the tone.

This track is aggressive, but a lot less aggressive than ‘Hype.’ However, these are the type of tracks that are needed to proclaim your album to be a classic one.

This song features Draymond Drake! Matter of fact, this is ‘IFYRTIL’ Drake!

What Drake does so well is find a way to make a tough record have a catchy ass hook. You don’t have to agree with what he’s saying on the song, but I guarantee you will bop your head to its vibes.

This will be one of the singles off this album.

This song falls in the ‘catchy as hell’ category. You’ll bop your head to it, and the partying side of your brain will enjoy it greatly. You’ll definitely rap this to your friends, putting your fingers all in their face (especially in the clubs).

The melody is everything on this track. Drake switches it up a few times, and each time it’s one you can sing along to.

‘Controlla’ is probably my second favorite song of 2016! The fact that Drake was able to channel this Caribbean/African sound, yet naturally make it sound radio friendly is impressive.

‘Controlla’ has a few more melodies than ‘One Dance’, and to me, overall, is a little more dynamic.

One Dance is probably my favorite song of 2016. The fact that Drake was able to channel this Caribbean/African sound, yet naturally make it sound radio friendly is impressive (De-ja vu?).

My only issue with the song is WizKids part: I feel like he should’ve at least had a verse on it… You can’t have him as the guy that is rapping his verse from the other room; he’s better than that!

I think rappers who want to make hit records should follow this same formula: Finding a simple chorus, put some alcohol references in that chorus, and have some girl that clearly sounds like she’s down for the get down singing in the background.

I’m not going to lie, this album is very dynamic. It has every possible sound a rap/r&b album could have. Drake has done a good job throughout his career of making tracks with different sounds, so when he makes an album like this, nothing should surprise you.

Drake does what he does best on this album: Show versatility. However, it seems in his efforts, he compromised his lyrics, as they are a bit boring/lacking on this album. Nonetheless, it’s still listenable. Is it a classic album? Probably not, but it is definitely an album with a great body of work as a whole. At the minimum, this album will be catchy to you.