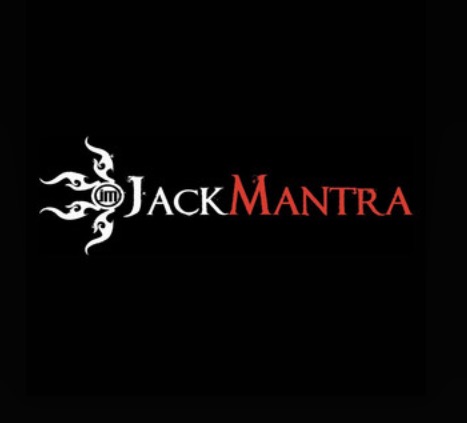 Nowadays it’s rare to come across a band like JackMantra: At one point in time (Say 10-15 years ago), JackMantra’s sound could have been compared to many other artists streaming through our audio waves today, however, choosing 2017 to be the year of their official self-titled album release was a fated move from this Floridian band.

Hailing from Tampa, FL, JackMantra has played shows alongside other popular local bands, and they have a strong and supportive fan base who rock out at their shows.

Jack Mantra consists of the following members: Their bassist Robert (Who goes by Larry and not Bob), Their vocalist Darrell, Goon, the member that gives us rock star feels and riffs on the guitar, and lastly, Mike (The Man that started the band), who sets the pace for each song on the drums so you know just how fast or how slow to bob your head. Some of the songs on this album will leave you pondering with their take on important issues, which might be deemed taboo; others will have you playing the air-guitar in the middle of your living room – either way it’s worth a listen!

The title of this song lets you know right off the bat what you’ll be doing for the next 10 tracks.

“When you rage it feels like nothing’s crazy, when you’re raging you’re running out of control!” These are some of the boisterous lyrics you find on this song, and these words remind you that JackMantra isn’t just a band – their music delivers a mindset of raging and losing yourself in the music for therapeutic release (I dig it!). The bass on this song is funky, and I could feel the late 90’s/Early 00’s Red Hot Chili Peppers influence.

Goon & Mike absolutely dominate this track on the guitar and drums! The fast-pace they create will certainly hype you up.

The lyrics on this song talk about both self-medication and numbing the pain, and you can actually hear the pain in Bob’s vocals. Anyone with any self-destructive habits can relate to this song, mainly because we all need a little saving even from ourselves at times.

“Waiting” has a catchy hook, which loops and gets stuck in your head. This song has a very grunge vibe to me, and the electric guitar solo is definitely air-guitar worthy.

From the beginning, this song gets off to a great instrumental start. I’m loving both the vocals and guitar on this one, and the lyrics are pretty romantic. The chorus begs “put your hand in mine, one more time…” and pleads “hold on for the rest of our lives”. The romantic lyrics set this song apart from the rest of the album so far, and make it very relatable to me.

The previous song “Hold On” sets us up nicely for “You And I”.

This ballad takes on a completely different pace and sound than the songs that came before it: It is slow, and Darrell’s vocals are filled with clarity and emotion. I like that Darrell was able to showcase his range here, further impressing me with his musical ability.

There’s a spoken word love letter towards the end of the song which ends with: “I beg you please, you and I – we must survive” that truly hits home on just how affectionate “You And I” is.

Of all the songs on the album, this one is my favorite!

JackMantra brings us back up to speed with “Poison”. Following the previous two love songs, this song feels like we’re back to our regularly scheduled program with a vengeance.

This song is about addiction and the poison running through your veins; with that being said, I believe the group tackles an important issue here that’s become an epidemic in the US. I love that the lyrics on this song aren’t too pushy, but the message is still clear that addiction leaves you “ready to die” and will cost you everything you love.

From the first few seconds I could tell I was going to like this track!

“Mary Mary” is intense, but the good kind of intense – the kind of intense where you find yourself tapping your foot, banging your head, and even air drumming a couple of times. Overall, I think this song is fun, and I think it’s great that JackMantra can lighten the mood after tackling serious issues.

Funky bass is the best bass!

In “Why I Am”, JackMantra intoxicate your senses like a snake charmer, asking all the necessary questions that we ask both ourselves and our higher beings from time to time.

JackMantra created a gem everyone can apply to their personal lives: From the existential demand of “Let me know just why I am” to “Let me know why I feel the way I feel”, I’m pretty sure the majority of their target audience as well as any listener can relate to this message.

For some reason something about the bass guitar in this song made me think of Michael Jackson’s “Billie Jean”.

I can imagine hearing this song live and watching the crowd lose themselves in the music. “Let It Go” gives great life advice to be honest, as almost every line could be a personal mantra to live by.

BTW, Darrell’s vocals skyrocket on the chorus of this track

This is another one of my favorites on the album.

I love the menacing instrumentals on “Wasted Lady”, as the song slows down when transitioning from the fast-paced verses into the chilled out chorus that eventually picks back up in the second verse. Towards the end of this track, the tone of the song changes a bit, with a heavy metal instrumental break…. After that, you find yourself right back singing about his wasted lady and all is well again!

JackMantra are brave for making this song, showing that you can despise war and still be a true patriot.

JackMantra’s debut album will easily catch the ears of listeners across the United States. Generally, it’s easy for me to spot a musician’s musical influences, however, with JackMantra I simply couldn’t… This leads me to the conclusion that though they may at times remind me of a certain song or band, their sound is mostly unique and their own. JackMantra’s lyrics refreshingly different from most artists on the radio these days, and that’s what kept me intrigued.

There’s great chemistry between the musicians in this band; it’s easy to spot if you listen to how effortlessly each instrument complements the other, and how magnificently the vocals tie everything together. JackMantra may be a rock band, but their lyrics are pretty universal sounding; I can see now why on their website (JackMantra.com) why they describe themselves as “an idea and an experience”.

You can find JackMantra’s debut album on both Spotify and their website above!