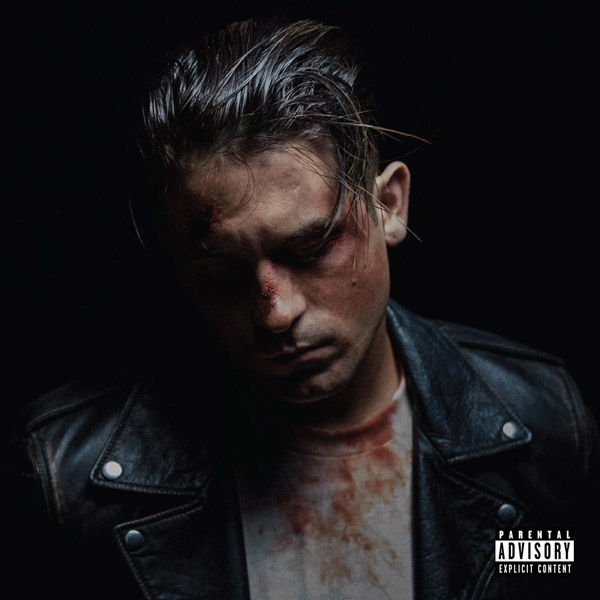 G-Eazy is already three albums in, but this might be his most important one to date. On the same day fellow rapper Eminem drops his come back album ‘Revival’, G-Eazy has a legit chance of out-performing him when it comes to the musical side of things (He won’t outsell him though). It will be quite the honor if he does, especially considering their glaring rap similarities (aka they are both white rappers). Nonetheless, I expect the most competitive version of G-Eazy on this album — one that I think can end up having him in the discussion for top 5 present day rappers by the end of the month.

G-Eazy lets the world see his flaws in ‘Beautiful & Damned’.

Even though G-Eazy created a damn good strip club record in ‘No Limit’, I still think his best songs are the ones where he opens up like this. Much like Drake, Eazy does a good job of grabbing the attention of listeners with his transparency, and on this track you get lots of that. Never one to hold back, the Northern Californian discusses his battles with fame, drug abuse, and heartbreak on his verses, giving fans a chance to understand what’s really going on in his life.

The chorus that Zoe Nash lays down is phenomenal! Something about blue-eyed soul gives me goosebumps every time.

‘Sober’ is literally a perfect track to me! Charlie Puth starts it off, and he gives it this silky smooth hook that makes being hammered sound a bit debonair. Eventually G-Eazy enters the song, and he ends up laying down a couple of swagged out verses that turns the song into more of a hip hop sound. I think both artists make for the perfect combo, one that I’m pretty sure will dominate radio in the next coming weeks.

With a bunch of the songs on this album having this somber tone to it, ‘But A Dream’ shows more of a positive side to the project. On it, G-Eazy raps about all the glamorous things in life, rapping with this confidence to him that practically slaps at you.

I feel like the Houston sound this song has is a really good one for Eazy. Since he’s a smooth dude, that whole screwed up sound is perfect for his style.

Some of the best male and female musical collaborations come from relationships, and if they ain’t in a relationship, then most likely they’ll get in one after the song they create together gets popular. In ‘Him and I’, the duo of Eazy and Halsey create this powerful pop hit that is literally the 2017 version of Bonnie & Clyde. It’s phenomenal chemistry from the couple, one that is both bad ass and romantic.

This is easily the trillest G-Eazy song I’ve ever heard in my life. I honestly don’t see white guy when he raps on it.

On ‘No Limit’, Eazy rides the beat like it’s a f–kin’ rodeo, reacting to the herky jerkiness of the beat very well. His verses are very dynamic, as it feels like he’s rapping with his face in a strippers chi cha’s!

Cardi B (Who is a great representative for strippers everywhere) adds not only that female perspective to the song, but also this recklessness that a song like this needs. I can appreciate her willingness to portray herself as a legit stripper.

I’m assuming A$AP Rocky is on the hook, but it can also be some random n—a (It sounds like a random n—a if you ask me). Anyway, the Harlem native takes the song to another level with a very catchy hook that seems inspired by classic Juicy.

This song will become a strip club anthem for many years to come.

According to G-Eazy, The ‘Beautiful and The Damned’ is a 20 track concept album that is split into two phases: The big time dreams that he had as a kid, and the f–ked up s–t that comes with actually achieving those dreams in the music industry. I do think Eazy succeeds in meshing both ideas on this album, but it sorta makes for a bit of a subdued album for a good majority of it. Fortunately for us, Eazy’s bars are never boring, as he comes with this fiery approach that has him up to par with the rest of rap industry.

The production on this album is really good! With his third album in, I think he truly understands his sound now, which means he can effectively pick the beats that he can succeed on. Based off of what I heard, those beats are passionate ones that combine the heavy-hitting facets of hip hop with the emptiness of soul. It’s a simple formula, but one that I haven’t heard quite abused like G-Eazy did on ‘The Beautiful & The Damned’.

G-Eazy is really good at putting his feelings into words when he raps, and I think that is one of the major reasons this album is a must-listen for Hip Hop fans. I mean think about it, when’s the last time you heard such humility in rap? It’s almost like an audio version of a diary, one that is relatable to all types of people. When it’s all said and done, it’s hard to hate a single track on this album, mainly because the Oakland rapper pours out so much emotion into each one. I think that’s a great strategy by the rapper, make us all feel like assholes if we say a negative thing about the album.