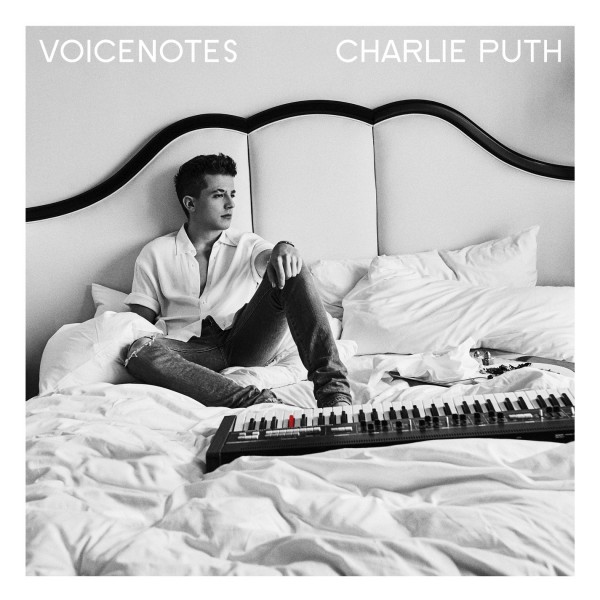 Charlie Puth gained the attention of the world with his vocal contributions on ”See You Again”. With songs like ”One Call Away”, “Marvin Gaye”, and “We Don’t Talk Anymore”, he continued to give listeners goosebumps. His debut album, “Nine Track Mind,” was filled with love ballads and heart warming hooks. Unfortunately, that led to a monotony of similar sounds and less experimentation. However, one special finesse the 26-year-old continues to unswervingly flaunt is his voice. “Voicenotes” is his sophomore album which was delayed because it had to be “perfected.” Whenever artists say things like that, they raise the bar a notch higher because all we’d want to hear is an album that has been perfected (aka a masterpiece). After listening to this album, in my opinion, it is worthy of being called a perfected album. Everything from the instrumentation, mixing and production is stirring!

The consonance on ”LA Girls” is strikingly amazing. To me, this song is like a Caribbean cuisine, as there’s a fusion of so many different ingredients involved in it. From his vocals, the production, the lyrics, to the harmonies and back up vocals, there are so many exciting parts on this track that shouldn’t be ignored. With the combination of all these elements, Puth creates a sonic euphony. During the bridge, where he goes “1, 2, 3 talk to me like-oh/ Quite messin’ with my baby” it’s hard not to break into a dance.

With every line on “BOY,” Puth unveils an element of surprise with his vocal pitch and rhythm.

I swear, I’m vibing to this song like “Sexual Healing”. I lost my voice mentally imagining how it must feel to continuously elevate my vocal pitch the way Puth did in the chorus.

Similar to “Done for me”, on “Through It All”, Puth mentions that he won’t cry as he looks back at everything he has been through for love. The harmonies on this track are angelic. This is the most emotional track on this album, and many people who have felt heartbreak will easily relate to it. Just a little heads up, though, YOU WILL NEED TISSUES as you listen to this. For those who try to stay tough, the final chorus will hit your soul so hard that you won’t know who’s cutting the onions.

This album features Voicenotes from Puth’s phone, (that’s why it’s titled Voicenotes) and that effect is most evident on “Patient”. The voice note effect is felt with the latent beatbox sound on this downtempo song. Overall, the track is like a melodious rollercoaster ride from beginning to end. I imagine the shiver an audience will have during a live performance of it.

The bass guitar definitely performs wonders on ”How Long.” It creates a consistent groove on every part of it.

This song is like a continuation of the conversation Puth had on “LA girls” where he sings, ”How the hell did I get caught up messin’ with these LA girls?” On this track, he continues by singing, ”Listen, I don’t want this to be the way you remember me, cause I know I was wrong, wrong.” I listened to this song 3 times; the first time to appreciate Puth’s vocals and the rhythm, and the other two times I spent dancing along to it, doing the moonwalk and imitating Michael Jackson.

The combination of so many instruments is one of the special ingredients on this album. Puth combines pop sounds with funk, disco, ballad, acapella, and R&B vibes. Unlike his previous album that consisted of mainly piano sounding ballads, he introduces fresh sounds with various instruments.

Charlie also shows a lot of growth on this album as a singer and producer. I was waiting to applaud the production team for a phenomenal job, but the high quality sounds are a result of his input. As for his voice, it has always been his most highlighted talent. Although he takes his dexterity to a higher level by playing with notes, switching tempos and presenting vibrant falsettos. “

With so many potential hits, Voicenotes is a win for Charlie Puth. Although, songs like “Done For Me”, “The way I am” and “Empty Cups” aren’t as tuneful as “Patient”, “BOY”, and “How Long”, it’s almost unnoticeable. A few stronger hooks would have made this album better, but still, it is filled with interesting sounds all the way. Charlie Puth finally has the album he has always wanted.