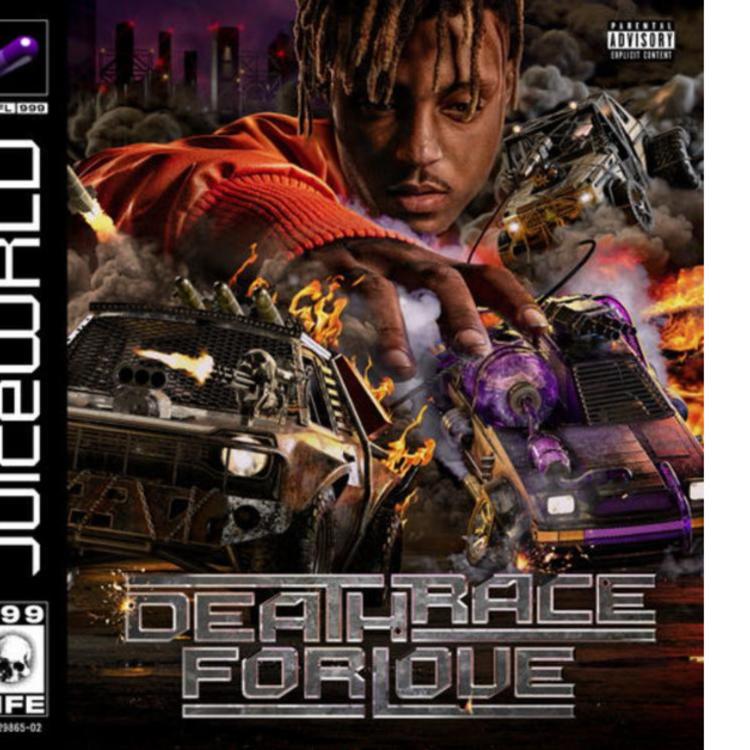 Juice WRLD’s journey to success has been quite an interesting one. At 19 years old, he popped into the scene with two billboard hits in “Lucid Dreams” and “All The Girls Are The Same.” From there, he dropped a solid project in “Goodbye & Good Riddance.” Each step of the way, Juice was a relative unknown, but the passion and emotion he plugged into his music made him one of those intriguing artists you wanted to know more about. If you fast forward to today, we’ve practically gotten a chance to hear the Chicago rapper on everything from joint albums with Future to a remix to a pop song with Halsey in the last year. Juice has made that next step to superstardom, which I predicted would have an impact on his music; would it be a positive impact or a negative impact, though? I guess we’ll find out with “Death Race For Love.”

“Make Believe” is a form of emo music that is all over the place. First and foremost, the song is powered by this uptempo instrumental that gives off both exhilarating and numbing vibes. Over this instrumental, Juice WRLD goes belligerent, singing daringly about f**king up some chick’s world because he’s scared she’s trying to f**k up his.

Heartbreak can be brutal at times, so I truly f**k with the crazy approach Juice WRLD used to describe his bout with heartbreak in “Make Believe.” (From start to finish, Juice literally sounds bi-polar in this song, bouncing between calm and boisterous throughout. It’s definitely intriguing to listen to).

“10 FEET” is fantastic! On it, you get this raw version of Juice WRLD that is intent on acknowledging the good, bad and ugly in his life. With the song boasting this emotional instrumental (At least initially. Towards the end, it turns into some intoxicated s**t), Juice raps tough, relentlessly bombarding his way to the finish line of the song.

“10 Feet” features Juice’s best rapping performance to-date. His punchlines, word-play, and confidence are all top-notch on it.

“Flaws & Sins” is Juice WRLD’s most dynamic effort on this album. On it, he spits gritty bars, but he also makes sure to plug in some infectious melodies and daring harmonizing into the equation, too. Juice also incorporates lyrics revolving around positive s**t for one of the only times on this project, as throughout the song, he embraces his scars and talks about taking chances at seeing some light in a room full of darkness.

Strangely, I like how erratic “Flaws & Sins” sounds, as Juice bounces between explosive, country, and ruthless vibes throughout it. But let’s be real, the bass boomin’/alternative-sounding instrumental that powers “Flaws & Sins” is the best thing about it.

I like “Empty” a lot! On it, Juice WRLD talks about all the demons he battles on a daily basis using this melodic approach that is as infectious as it is engaging. Juice also gives off this miserable sound vocally on the song, practically coming across like he’s being stabbed while he’s singing. This may sound brutal, but everyone knows Juice is a better artist when he’s miserable.

I think this song sets the tone for the entire album nicely.

“Death Race To Love” is a pop banger that has Juice WRLD singing, rapping, pleading, whining, complaining, hyperventilating and gagging about this woman he loves. The beat he chose to do all these things over is a pretty unique one, as it boasts pop dance-hall vibes. You would think Juice WRLD and pop dance-hall vibes would go together like Jolloff rice and coconut milk (Which don’t go together), but this time around, It works!

On this album, is there a better hook, melody and vibe combination than the ones you hear on “Hear Me Calling?” If you say, “yes,” I’m suing you.

WHAT I LOVE ABOUT “DEATH RACE FOR LOVE”

WHAT I HATE ABOUT “DEATH RACE FOR LOVE”

“Deathrace To Love” is entertaining, explosive, and dynamic — but that’s only if you are a fan of emo hip-hop music. If you are not, you will think it is weird, poorly constructed, and all over the place. Whatever the case may be, I enjoyed it, but on some real s**t, I’m about to ask dude to come to church with me this Sunday; that n***a’s mental is suffering worse than Kyrie Irving’s.