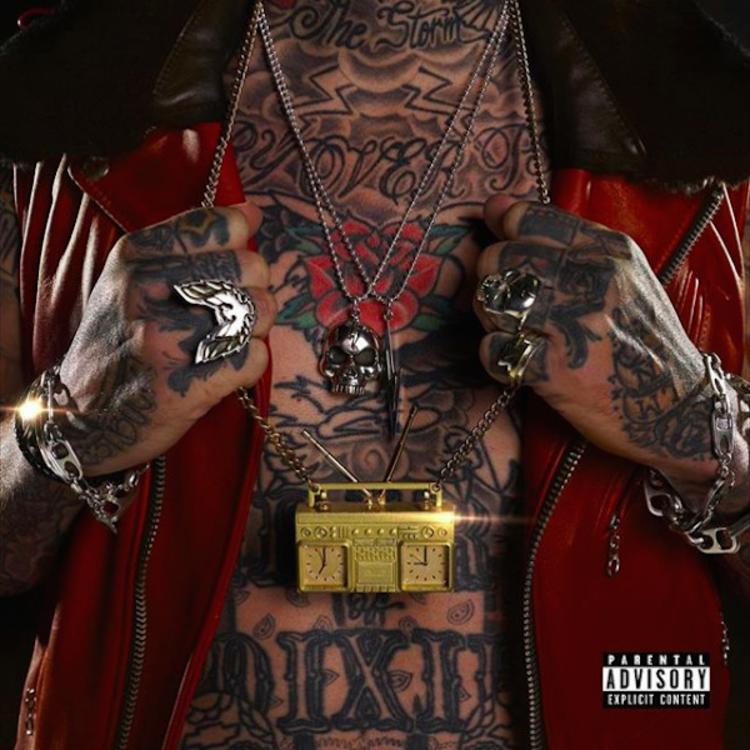 “Trunk Muzik 3” marks the end of Yelawolf’s tenure on Shady Records. I wonder how many beats he’s going to kill on his way out?

“Box Chevy 6” feels like a target practice song for Yelawolf, DJ Paul and Rittz. On it, each rapper absolutely demolishes this trill instrumental with fast-paced flows, savage lyrical content and astronomical amounts of confidence.

While Rittz and Yelawolf both drop outstanding verses on “Box Chevy 6,” it’s DJ Paul’s verse and the samples you hear in the background that serves as the song’s engine. In my opinion, both give it an authentic southern feel.

I’m from the east coast, so you’re going to have to explain to me what a Box Chevy is…

I love the many different personas Yelawolf gives us on this album, but my favorite is his competitive one. In “All The Way Up,” that’s what listeners are served with, as the Alabama rapper takes aim at his foes through impregnable flows and both provocative and braggadocios lyrics.

Despite knowing absolutely nothing about MopTop & Cub DA CookUpBoss, the featured guests on “All The Way Up,” I thought they put up two very good verses! Not only do they add an additional level of grit to the song, but they also did a great job of reminding me of Paper Boi and Darius from Atlanta (I love that show!).

When Yelawolf tells someone he has “Black friends,” he is speaking the complete truth, because it doesn’t get any blacker than the two random muthaf**kas you hear on this song.

You know what I love about “Addiction?” It has two different sides to it: On the hook, you get a solemn version of Yelawolf that sounds a bit defeated, and on his verses, you get a version of the rapper that is determined to overcome the obstacles life has been throwing at him these last couple of years. Both sides are felt strongly and give off lots of raw emotion.

Listening to someone who is dealing with an addiction talk can sound sea-sawy like the music you hear on this song. Kudos to Yelawolf for showing the world a real life glimpse of what that troubling disease can sound like.

The first bar that comes out of Yelawolf’s mouth on “TM3” is, “I take a piss in that bottle/throw that b*tch at your papa” … Yep, this dude is out of control!

“TM3” serves as a quick reminder that Yelawolf is still a reckless/savage white boy that doesn’t mind upsetting elders, has an amicable relationship with his crazy ass boss (Eminem), and goes against priests during his off-hours (Among many other rebellious things). ‘Wolf also reminds listeners how astute his rapping skills are on this song, showing off wacky flows and outstanding wordplay throughout.

If you are a fan of erratic rap, you will be able to acknowledge Yelawolf’s greatness on this song; if you are not, you’re going to think what you just heard was pure belligerency.

I love how Yelawolf dissects the beat he was served with on this song, coming across like a mad scientist that’s mixing chemicals together. ‘Wolf is clearly taking those chemicals, because he sounds deranged, unhinged and overly amped up from start to finish on this song.

There are two main versions of Yelawolf you get on this album: A hardcore and vulnerable one.  Hardcore Yelawolf is extremely unapologetic, brash and carefree; he’s also erratic, great when it comes to delivering tongue-twisting bars and a sick-minded individual. Vulnerable Yelawolf relies heavily on lessons learned throughout his life, referencing traumatic experiences in his younger years that has had an effect on his mental today; this version of the rapper is intricate, careful with his words and a little less dynamic. The combination of the two characters makes for quite the roller-coaster ride of a listen.

Rapping-wise, Yelawolf’s flows, punchlines and lyrical content is strong on “Trunk Muzik 3.” You can tell he was all-the-way focused throughout the making of this album, and when he’s focused, he can go toe-to-toe with any rapper in the game (Go ahead and @ me). However, what makes ‘Wolf unique is how he deciphers beats — It’s almost like he wants to break them down to a decimal. Fortunately for him, he had some dynamic ones to work with on this album.

I love Yelawolf’s energy on this album! There was never a dull moment when he rapped, and in the times he had to handle hook duties, he either electrified with something infectious or hyped listeners up with something ferocious. It’s clear our guy ‘Wolf is a man of the people.

I thought Yelawolf showed a level of versatility that was glaring on this album. On songs like “Special Kind Of Bad,” he fiddled with a semi-rock sound, while on songs like “Drugs,” he did his best to deliver something commercial-sounding. For an artist like him, this speaks volumes, because he’s one of the easier ones to put in a box (Especially as a white rapper).

The features in this album were primarily from D to F-listers, which I preferred, because everyone sounded hungry as s**t on their guest appearances. Personally, I can’t see Yelawolf linking up with anyone in the game that isn’t as motivated to rip a beat apart as him. (BTW, MGK (AKA Eminem’s main foe right now) is featured on “Rowdy.” Anyone else starting to think their beef was made up?)

“Trunk Muzik 3” probably won’t get the recognition it deserves, but in my opinion, it’s one of Yelawolf’s most complete projects to-date. On it, he displayed every one of the rap personas he developed throughout his career, sounding like a natural in each. I also thought the way ‘Wolf was able to navigate through his deep thoughts on certain songs was astounding, especially after listening to him on wild ones like “TM3” and “Catfish Billy 2.” All in all, I think ‘Wolf made the album of his life with “Trunk Muzik 3” — something I expected to happen when I first found out he was leaving Shady Records.