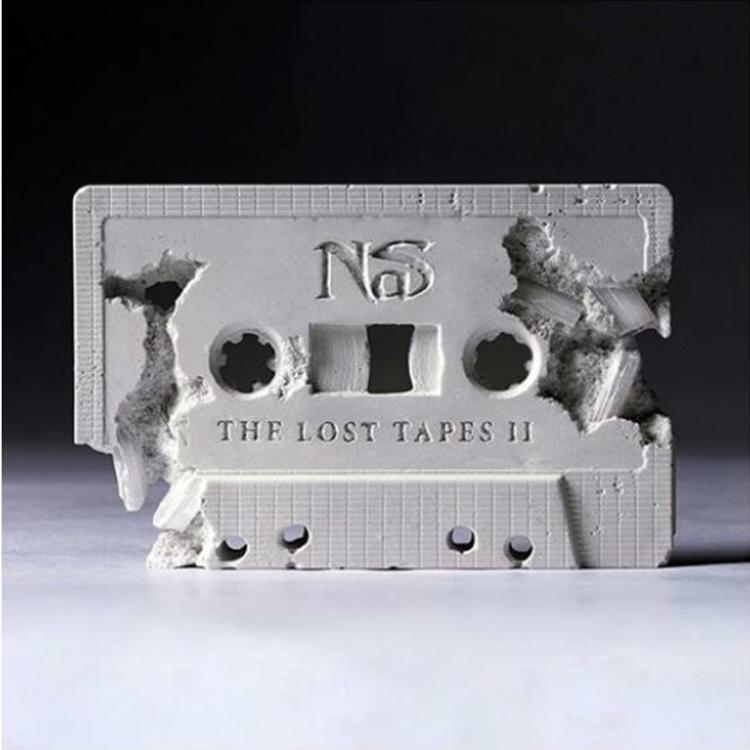 One of the greatest rappers of all-time gives us the left-overs off of his most recent albums on “Lost Tapes 2.”

“Adult Film” is simply real as s**t. On it, Nas spits very rebelliously, caring less about what people think about his relationships, his stature as a boss, and his determination to grow as a person both mentally and physically. Personally, I love how the song balances this easy-going feel on the instrumental and highly melodic hook (By featured guest Swizz Beatz) with Nas’ very urgent raps on his verses.

Damn, Nas sounds like me when I was going through puberty on this song.

“Lost Freestyle” is fantastic! With what I perceive to be a classic Statik Selektah Instrumental powering the song, Nas lets loose, rapping about everything from his trials and tribulations to the everyday lifestyle of a hustler. On the real, what makes this song special is the animated/relentless approach Nas raps with on it, as it feels like he’s simply pouring out every piece of hood knowledge he has dislodged in his brain on his verses.

I would’ve sworn this was a Kanye West beat…

Nas and Pharrell’s history together was way too short-lived, to me. I thought the duo absolutely shined on songs like “Flyest Angel,” so I never understood why they didn’t link up more in the past. Whatever the case may be, the Pharrell-produced “Vernon Family” is hip-hop gold. On it, we are gifted to this classic Neptunes instrumental that evokes an aggressive version of Nas that is on some storytelling and hood empowerment s**t. Unlike “No Bad Energy,” I f**k with the energy we are given on this song for sure.

I love “War Against Love!” While its roots are a bit cold, I thought the version of Nas you got on it was unchained, fearless and clever.

I truly enjoyed the knowledge Nas gave us throughout “War Against Love,” especially when it comes to how he viewed our cities problems at a macro-level. I also loved how he forcibly plugged his mindset into the grand scheme of the song, letting us know his come-up story and mentality when it comes to being an underdog.

Telling someone to “Go back to their country” is the farthest thing from love. Nas is right on the money with this song!

“Tanasia” is tough as f**k! first and foremost, the track is powered by this ethnic hip-hop instrumental that I can easily see every member of Wu-Tang slaughtering. Over this instrumental, Nas raps about this bad ass chick that is apparently from Nigeria, Tunasia and/or Asia (Where the f**k did he find this chick at?). While the “Stillmatic” creator delivers his bars very aggressively on this track, his words are sweeter than Trolleys, as he gushes about his girl’s ability to cook, strut, sound educated and put him in his place when he needs to be put in his place. (Hey, when you find a love that can do all of those things, lock her up with a max contract!)

It’s so funny how you can remove ‘u’ from Tunasia, add an ‘a’ to it, and that s**t will start to look like a ratchet name.

For some f**king reason, I tend to forget that Nas is an all-time great rapper. The fact that he has these many bars just floating around in his house is astonishing! Don’t get me wrong, a good chunk of the songs on this album sound a bit undone, but when you are treated to excellent raps, who cares?

Nas is clearly about that black empowerment life; However, unlike the Jay-Z’s of the world that seems to force the topic, Nas does a great job of coming across as relatable when he talks about it. Throughout “Lost Tapes II,” the man who we once thought had a kufi installed in his brain tackles touchy topics such as hustling ’til you can’t anymore, being woke to all of the bulls**t going on in the black community, and embracing African heritage. Each time he speaks, he comes across as a scholar that simply knows how to deliver his words with great word-play, steady flows and highly clever punchlines. Thankfully, Nas also talks about lighter things, too, bringing up his views on love, bragging every once in a while about his stature in the game, and unapologetic-ally admitting to wanting to shoot up clubs (Shooting up clubs means impregnating women). I love the blend of both lighter and darker subjects, especially when I decided to play the album from top to bottom.

The beats on “Lost Tapes II” are fantastic! They are soothing, they are jazzy, and most importantly, they are timeless-sounding. On the real, if I had the opportunity to, I would enjoy this album simply listening to the instrumentals.

Nas’ career skyrocketed in 1994 with “Illmatic.” 25 years later, he’s continued to show a very impressive ability to speak knowledge to the youth and hustlers of the world! (BTW, he’s also still a damn good MC, too)