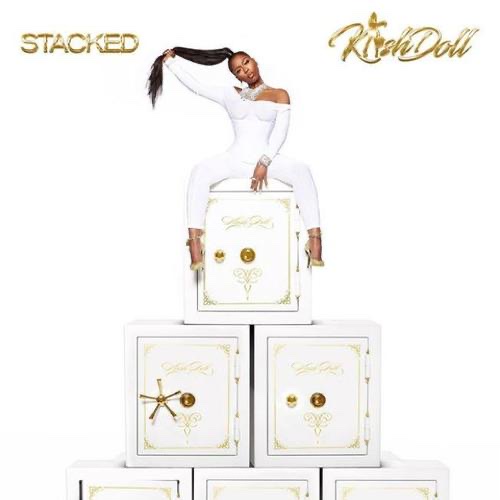 Does Kash Doll live up to expectations in “Stacked?”

“Buss It” has Kash Doll turning into Yung Detroit.

“Buss It” will get love from hip-hop fans all over, mainly because strip club joints are adored by listeners these days. However, I can’t believe Kash Doll blatantly copied City Girls’ formula to make a hit with this song. (I mean, damn, did you even have to say “Period” like them in your first verse, Kash?) Nonetheless, Buss It’s energy is impeccable, and Kash’s lyrics on it are way too appealing to pass up on.

“Excuses” is definitely hard as f**k! For starters, the track is powered by this gritty version of Marvin Gaye’s “You’re All I Need To Get By” instrumental. Over this instrumental, Kash Doll raps passionately, spitting ferocious bars about hustling, dismissing haters, grinding to get her music deal, and making it out of Detroit.

I love how this song flows, the hook Kash delivers on it, and how emotional it feels as a whole.

“On Sight” is one of those raunchy bangers that features a steamy R&B hook, and a couple of rap verses that are rawer than 711 hot dogs.

Trey Songz is what makes “On Sight” a dope ass song, to me. Not only does he bless us with a solid vocal performance on the hook, but he also holds nothing back when it comes to sex-talk lyrically. As for Kash Doll, she definitely does a great job of feeding off of Trey’s energy, blessing us with a couple of verses that has her embracing her freaky, alcoholic, and ratchet side.

I don’t mean to sound like an asshole, but Kash Doll’s sex-talk doesn’t excite me…

Ever since Meek Mill dropped “Dreams & Nightmares,” it seems like every rapper wants to make an intro similar to it. In “KD Diary,” Kash Doll takes her stab at emulating the track.

“KD Diary” starts off sweeter than Skittles, boasting both a piano-heavy instrumental and gentle bars by Kash Doll in which she talks about the struggles she went through on her rise to the top. The track eventually turns into some hard s**t, as the production on it gets tougher, and Doll’s lyrics turn grittier, more arrogant, and flossier (I actually pictured Kash Doll having a snarl on her face during the second phase of the song).

“KD Diary” is a flawless way to start an album.

“Ready Set” is an absolute banger, as it features a bass boomin’/fast-paced instrumental, extremely polished bars by Kash Doll about celebrating wins and spending hella money, and most importantly, a fly ass hook by Sean in which he talks about his unlikely comeuppance. To me, the combination of each aspect makes the song a feel-good hit everyone should be able to vibe with.

Kash Doll’s “Stacked” album has some bright spots, but it also has its fair-share of atrociousness. Let’s start with the bright spots:

Now let’s touch on the atrociousness in “Stacked”

As a whole, I feel like Kash Doll dumbs down her sound on this album way too much. Personally, I think she could succeed in the rap game if she focused on making authentic rap tracks like “Excuses,” “Ready Set,” “On Sight,” “Coastal Rota,” and “KD Diary.” Nonetheless, I am not super disgusted by “Stacked,” but I am a bit disappointed by it.