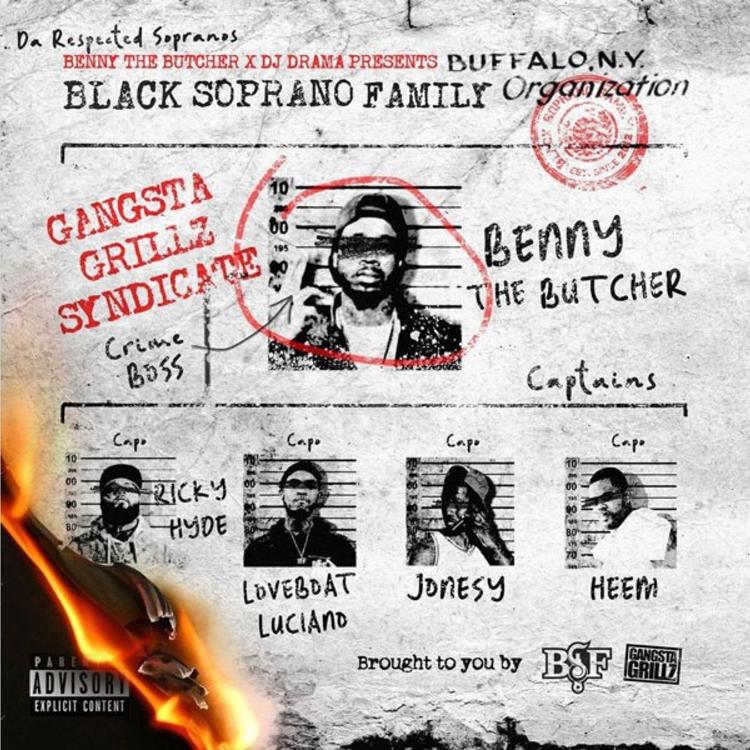 3. IN LOVE WITH THE STREETS

I’m in love with “In Love With The Streets!”

Even though Benny The Butcher is the head honcho of the Black Soprano Family, the rest of the guys in the group are fantastic rappers; two of my favorite are Heem & Jonesy.

2. GRAMS IN THE WATER

“Grams In The Water” is one of those smooth mafioso bangers that features street-certified lyrics by Loveboat Luciano, Rick Hyde, and Benny The Butcher.

What makes “Grams In The Water” special is that you get silky smooth flows, astute wordplay, and vivid lyrics by each rapper on the song.

If you aren’t familiar with Benny The Butcher, “Quarantine” will show you exactly who he is.

Because “Quarantine” is powered by this heroic rap beat, you get a version of Benny The Butcher that makes it a mission to remind the world that he’s this certified street dude that loves to deal drugs, spend money, incite beef, and prove critics wrong. While I love how powerful his lyrics are on the song, it’s his steady flow and effortless punchlines that catches my attention the most.

Here’s the thing: I believe Benny The Butcher is one of the best rappers in the game today. At the same time, I don’t think he is big enough to be putting on a bunch of new rappers. With that being said, I think his crew absolutely shine on this Black Soprano Family album! Not only does every member sound ready for the moment, but each of them paints pictures of their street ways using vivid lyrics, outstanding wordplay, clever punchlines, and swag that you can’t buy at your local trap house. Though I’ve never heard of Hyde, Loveboat Luciano, and Jonesy prior to today, they do sound like they’ve been in the game for quite some time.