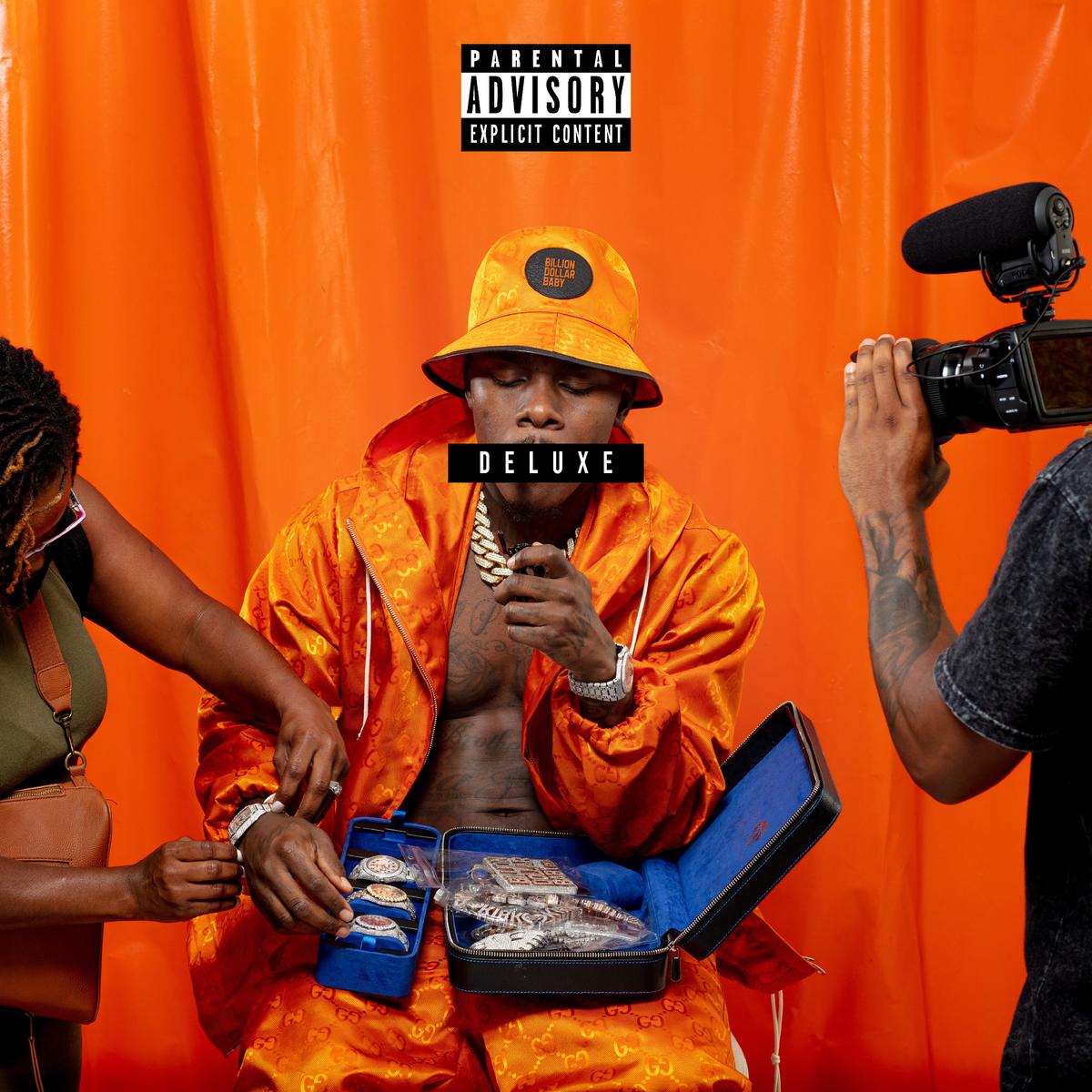 “TLC” features the best hook on this deluxe edition of BLAME IT ON BABY. It also features the fastest flows, the most Left Eye references, the most cartoonish beat, and probably the sliest lyrics on the project.

I can see people either hating or loving “TLC.”

DaBaby goes off on “GO.”

“GO” features the following things: A colorful/bass booming beat, a bunch of dynamic rap flows, tons of shots being taken, and a few interesting punchlines (ie. “She don’t look like my mommy but I call her my mommy”).

Though I wouldn’t call DaBaby’s rapping on “GO” the “best thing I’ve ever heard in my life,” I will say this: You have to appreciate his confidence in the song: that s**t is on 1000.

DaBaby and Young Thug are a great tandem on “BLIND.”

I’m starting to like DaBaby when he sings his ass off! On “Blind,” not only does he hit us with a melody that is infectious as s**t, but he also sounds like a gentle thug vocally. As for lyrically, Baby comes across like both a humble and braggadocios dude on the song.

If you ask me, the beat attached to “BLIND” caters to Young Thug’s style really well. With that being said, he adds comforting vocals and street-certified lyrics to “BLIND.” (His lyrics on the song sorta caught me off guard a bit)

DaBaby blesses us with a few different styles of rapping on “PEEP HOLE.”

The vibes attached to “PEEP HOLE” are infectious and the way DaBaby goes from melodic singer to hard-hitting rapper throughout the song is intriguing to listen to. I also like how the North Carolina rapper bluntly lets the world know that he’s interested in changing his gigolo ways, that he’s been a boss for quite some time, and that he doesn’t mind going toe to toe with a cop in his verses. Has DaBaby finally graduated to toddler status?

DaBaby tells one of the juiciest stories on this planet in “TROUBLE.”

“TROUBLE” is easily one of DaBaby’s best songs ever.

DaBaby has definitely progressed as an artist. Nowadays, he is more of a daring singer, he talks about more s**t in his music, and he even raps over beats that don’t quite match his rugged style. With that being said, on this deluxe edition of BLAME IT ON BABY, DaBaby does a great job of gifting us with club bangers, melodic bangers, and bangers that are full of unadulterated trash talk.

Though I think DaBaby’s punchlines on this deluxe edition of BLAME IT ON BABY are a bit corny (I still can’t get over that “momma” punchline he drops on “GO”), I do think he debuts some pretty impressive flows, blesses us with memorable melodies and shows tons of confidence throughout the project. I also like how he does a little bit of storytelling and finds time on the album to display how much he’s grown as a rapper and a person.

Though DaBaby tries to shut down complaints that people have about him (Mainly the complaints about him not switching his flow up), it’s apparent that he listened to us, because he’s morphing into a brand new rapper!

CHECK OUT OUR REVIEW OF BLAME IT ON BABY HERE!

5 thoughts on “DaBaby – Blame It On Baby (Deluxe) (Album Review)”