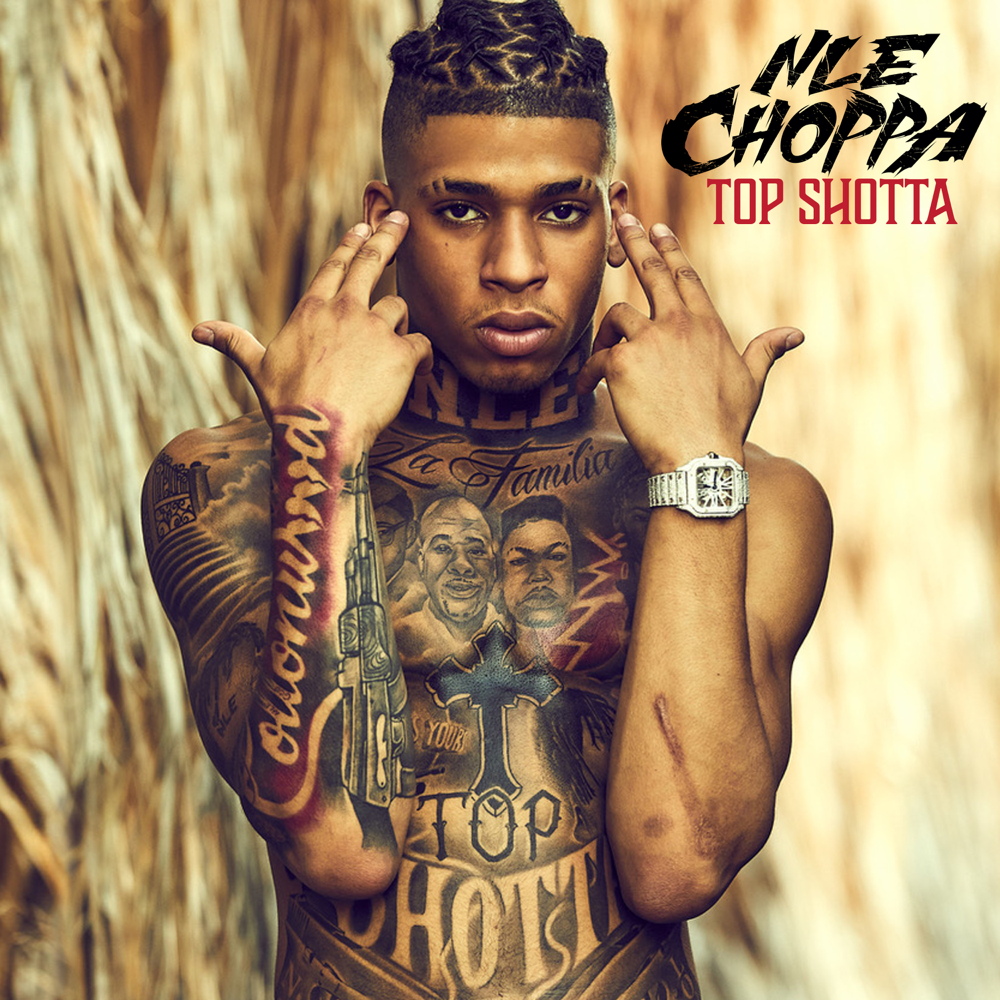 NLE Choppa gives the world a proper introduction to who he is on “Double Bacc.”

“Double Bacc” features an action-packed instrumental that you might hear on a hood version of MacGyver. Over it, NLE Choppa bluntly lets the world know that he is ready to kill anyone that gets in his way. Though the Memphis rapper sounds erratic as hell on the song, I actually f**k with the raw emotions he shows.

NLE Choppa clearly thinks that he’s the guy from Doom.

NLE Choppa and Roddy Ricch attack their opps on “Walk Em Down.”

“Walk Em Down” is an explosive banger, but it isn’t uber ferocious-sounding. Don’t get me wrong, on it, NLE and Roddy talk about some violent s**t throughout; however, they hit us with nothing but smooth melodies on the song.

Can you believe that both NLE Choppa and Roddy Ricch are younger than Diggy Simmons?

3. GAMBLE WITH MY HEART

In “Gamble With My Heart,” NLE Choppa lets the world know that he doesn’t mind spraying his foes, that he deals with anxiety, and that he turns to drugs when he’s stressed. Throughout the song, he sounds extra focused, to me.

Songs like “Gamble With My Heart” are too powerful to ignore. I love hearing rappers talk about the demons that they fight on a daily basis.

A lot of these young bulls in the hip-hop game are depressed. See what happens when Saturday morning cartoons go away, America?!

“Narrow Road” is exhilarating, infectious, and trill as s**t. On both NLE Choppa and Lil Baby’s verses on the song, they remind the world that they are hood-certified individuals that love to stack money and buy luxurious s**t. Though the former sounds like a young rebellious figure, the latter sounds like a triple OG that doesn’t mind schooling jits.

“Camelot” turns clubs, bandos, pool parties, and Bad Axe Throwing venues up! Not only do you get nothing but tenacious energy on the song, but you also get a version of NLE Choppa that is violent and intent on using his outside voice.

I like the “Camelot” remix better than the original version.

NLE Choppa is one violent-ass dude. In his music, he talks about killing people over and over again. He is also a young black man that is dealing with depression in today’s America. On Top Shotta, Choppa plays both Duke Nukem and Eeyore from Winnie The Pooh.