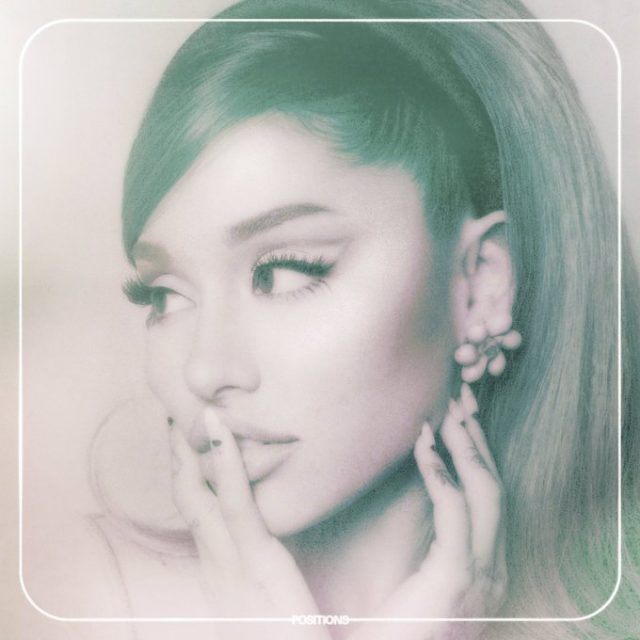 “motiv” will turn nightclubs, H&Ms, and house parties up!

I think that “motiv” is too catchy, too exhilarating, too infectious, too dynamic, and too gangsta to ignore. While you don’t get amazing performances by Ariana Grande or Doja Cat on the song, you do get vibes that do everything in its power to make you move your feet.

On “34+35,” Ariana Grande bluntly lets her man know that she wants to be sexed all night long.

More than likely, “34+35” will not end up on Kidz Bop 100… Don’t get me wrong, kids will love how colorful the song sounds; I’m just not sure they will love hearing Ariana Grande beg for some D like it was a perfectly wrapped burrito from Chipotle.

Did anybody else feel uncomfortable hearing Ariana say “f**k me ’til daylight?”

Ariana Grande lets her man know that she is ready to get down with the get down on “nasty.”

As an adult, I have no problem hearing Ariana Grande talk about her great sex skills on “nasty.” I also don’t mind hearing her convince us that her vagina is the best thing since warm Krispy Kreme donuts. What I do have a problem with is how she is making me want to be single again (Her seductive-ass voice on the song makes me want to do something stupid).

You probably won’t hear “nasty” on Kidz Bop 100 either…

“positions” is yet another great first single by Ariana.

“positions” is a bouncy pop banger. While the song has a nice little tempo attached to it, it also features a very catchy hook, a soulful vocal performance, and somewhat romantic lyrics (Ariana talks about wearing a bunch of different hats in her relationship in the song). While the song might not be your favorite, I do think that it is literally impossible to hate.

“pov” is as powerful as a song gets. Not only will the song’s heavenly instrumental give you chills, but you will also be taken aback by both Ariana Grande’s wide-ranging vocal performance and deep lyrics about love on the song.

Only real love can make someone put up a singing performance like Ariana Grande put up on this song.

Personally, I think that Ariana Grande is the most important musician in the world. Not only do I think that she is an all-time great singer, but I also love that she talks about topics that your everyday woman can relate to in her music. On Positions, Ariana Grande shows the world yet another important step of her maturation process as both a human being and a musician.

On Positions, Ariana Grande will blow you away with her voice and s**t, but I think that she will blow you away even more with her unapologetic lyrics. Throughout the album, she talks about wanting to be sexed for several hours, wanting to do something strange for a piece of change, and having a vagina that is more powerful than Washington Football Team’s defensive line. She also talks about s**t like wanting true love; however, you will forget that she does after you hear both “34+35” and “nasty.”

Ariana Grande showcases her versatility as an artist on Positions. Throughout the album, she switches between R&B, pop, trap, and soul music effortlessly. She also reminds the world that one of her best traits is her ability to take her voice to another stratosphere whenever she feels like it. Even though Ariana sounds like she wants good D more than her well-deserved flowers on this album, let’s still give it to her.

What grade do you give ” #POSITIONS ” by Ariana Grande🤔?