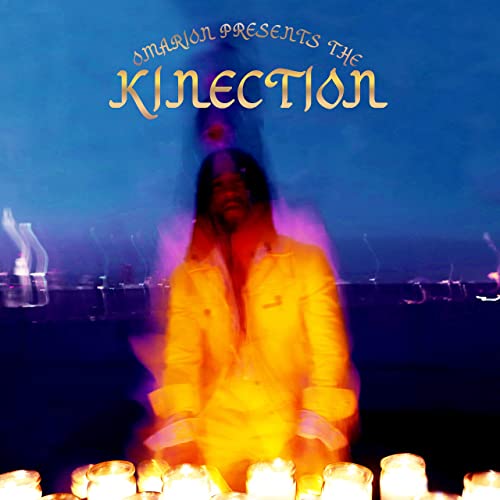 How the hell do Omarion and Ghostface Killah know each other?

Omarion talks his s**t on “I Ain’t Even Done.” To be more specific, throughout the song, he calls out snitches, he proclaims himself to be the best thing since sliced bread, and he lets us know that he be putting it down in the bedroom. Though O blesses us with a silky smooth vocal performance on the song, he definitely sounds like a dude that can go toe to toe with any rapper in the game lyrically.

Ghostface Killah drops a gutter-ass verse on “I Ain’t Even Done.” Him not fitting on the song actually sounds dope.

Omarion pours his heart out on “Unbothered.” Throughout the song, he lets his ex know that he is over her, even though she made his life miserable for him when they were together. Despite the song featuring some pretty juicy lyrics, I think the best thing about it is the Afropop vibes that it boasts.

Omarion and T-Pain slay “Can You Hear Me.”

“Can You Hear Me” is fire! For starters, the beat attached to the track straddles the line between explosive and soothing masterfully. As for both Omarion and T-Pain, on the song, they gift us with contributions that are brash, exhilarating, infectious, melodic, and rapper-like (Who said that R&B dudes aren’t cool?).

“M.I.A” by Omarion and Wale is one of my favorite songs of all-time. Eight years after its release, the two musicians decided to reunite for “Mutual.”

“Mutual” is powered by a smooth beat, a passionate vocal performance by Omarion, and sly bars by Wale. You can tell that the two musicians made the song after they finished smoking weed and talking dirty to their respective lovers.

You get a classic Omarion performance on “Involved.”

“Involved” straddles the line between trap music and r&b music masterfully. Even though the song features a beat that might f**k your weak-ass bedroom speakers up, it also features a passionate vocal performance and juicy lyrics.

Everything you would want from an R&B album, The Kinnection has: Silky smooth melodies, passionate vocal performances, and booming/smooth beats. With that being said, I think that the best thing about The Kinnecion is the topics that Omarion covers on the album. Throughout, he talks about his failed marriage, his tenure with B2K, his current love life, and his savage ways. While Omarion isn’t the most popular artist today, I think he still has a level of appeal to him that is hard to ignore.