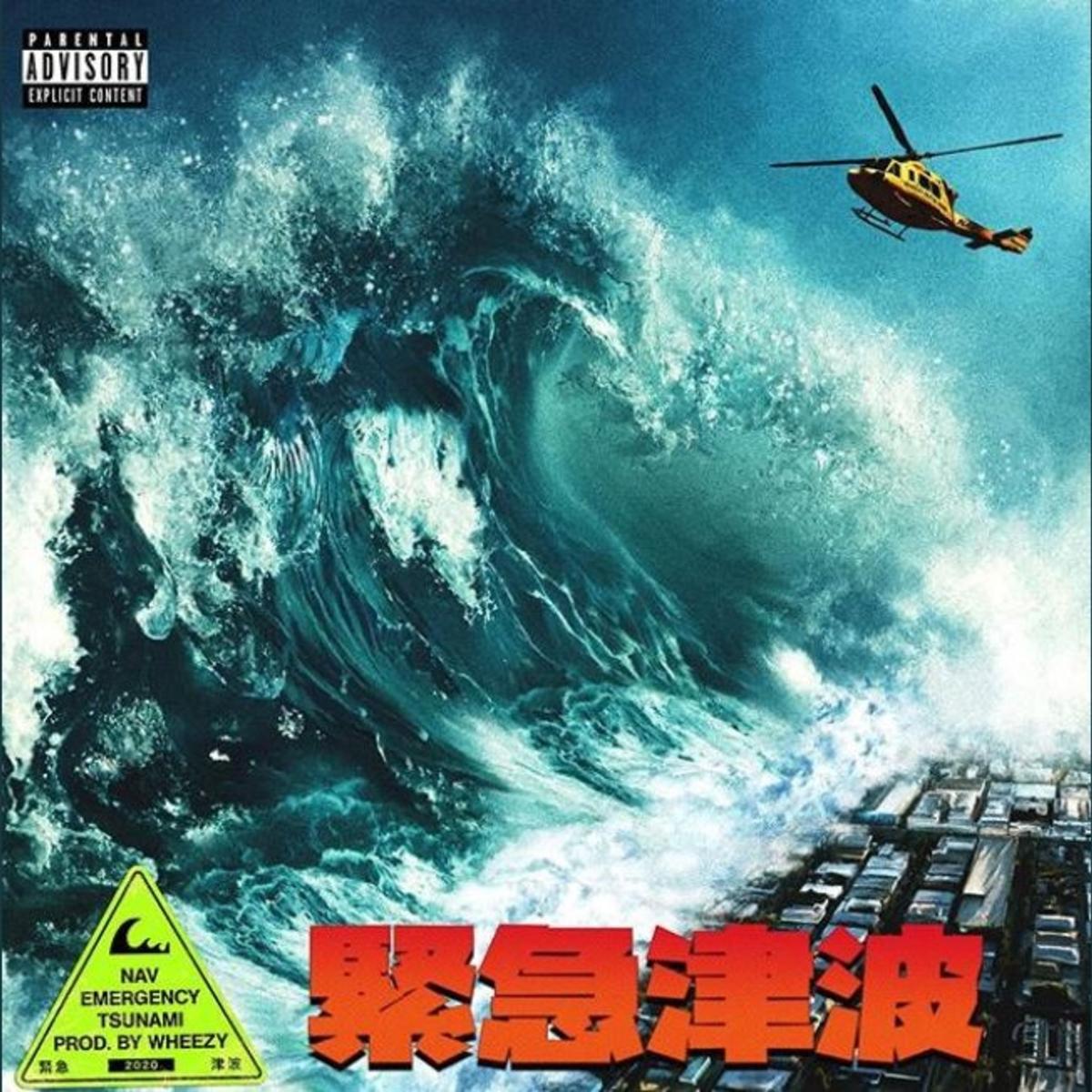 NAV makes his unexpected return to the music scene with “Emergency Tsunami.”

Making a song called “Modest” is NOT a modest thing to do, NAV.

NAV sounds like the ultimate boss on “Modest.” Throughout the song, he talks about how cold his neck is, his ties to Haitians, his relationship with bankers, and his rough come-up. What I love about the song is that NAV simply swags his way through it. I also love how the song is called “Modest,” yet NAV is everything but that on it.

I absolutely love the dramatic trap beat that powers “Turn & Twist.” As for NAV, I feel like he puts up a performance that is so-so on the song.

While I f**k with how competitive, confrontational, and arrogant NAV’s lyrics are on “Turn & Twist,” I feel like his semi-dull rap deliveries on his verses throws me off.

3. MAKE IT RIGHT BACK

NAV sounds like a trap surfer on “Make It Right Back.”

NAV & Young Thug try to outshine each other on “Repercussions.”

If I just got into my car after I finished robbing a bank, I would want to listen to “Repercussions” as I quickly flee the scene. The song has these kick-ass/gripping/smooth-ass vibes attached to it. As for both NAV and Young Thug, I like the way that they ride the song’s beat and come across as two dudes that are cooler than mail-in-ballots.

NAV lets us know how rich, cool, successful, and ruthless he is on “Friends & Family” (Of course, a song called “Friends and Family” is all about NAV).

“Friends & Family” starts off Emergency Tsunami fantastically. The song features a beat by Wheezy that is both cinematic and hard as hell, plus robotic flows and bossy lyrics by NAV. All in all, I think that the Toronto rapper is in his bag on this joint!

I’ve heard about three NAV projects in less than a year (That’s too much NAV for me).

I personally think that NAV is a bad rapper. His flows are predictable, his lyrics are predictable, the beats he chooses to rap over are predictable, and his voice sounds like a malfunctioning answering machine. I get it, NAV’s music slaps, but at the end of the day, he’s way too unoriginal to take seriously. With that being said, Emergency Tsunami is very frustrating to listen to. Throughout the album, NAV yaps about being trill, having money, and smashing chicks over and over again, but does hit us with decent flows. As for Wheezy, he does bless us with all kinds of dope-ass trap beats that will at least keep you awake on the album (He actually puts up a Metro Boomin-like performance). All in all, I feel like Emergency Tsunami is a respectable but lazy project.

What grade do you give "Emergency Tsunami" by #NAV and #Wheezy🤔?