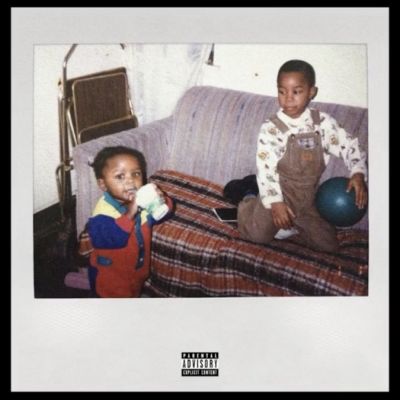 DaBaby, Polo G, and NoCap brag about their playboy, gun-toting, and gangsta ways on “Handgun.”

Personally, I love how “Handgun” feels on my soul. No, I don’t promote violence, but I do enjoy hearing DaBaby sound like his usual cocky self on the song. I also think that Polo G and NoCap put up verses on the song that a lot of y’all will underrate (I love the animation that the two rappers spit with on their respective verses).

DaBaby and Meek Mill sound equally as annoyed by stragglers on “8 Figures.”

I love how “8 Figures” features aggressive raps and hypnotizing vocal performances by both DaBaby and Meek Mill. Strangely, I also like that the song features a beat that sounds like a shell of itself (S**t, if the two rappers were yelling at you, you would be a shell of yourself, too).

DaBaby talks about him and his brother’s childhood on “Brother’s Keeper.”

Man, I feel for DaBaby. To lose a brother a few years after losing a father has to be hard. With that being said, on “Brother’s Keeper,” you can hear so much pain in the North Carolina rapper’s voice. At times, he sounds like a dude that is ready to take his anger out on somebody, while at other times, he sounds like he would do anything to have his brother back.

Ironically, DaBaby approaches the loss of his brother like an absolute G on Brother’s Keeper (Long Live G). Throughout the EP, he talks about G courageously, bluntly, angrily, and at times, erratically. Personally, I think that DaBaby’s willingness to show the world his raw emotions after such a major tragedy is beyond inspiring.

Do you know what you have to give DaBaby props for? His ability to remain focused on reaching his prime given the circumstances that he and his family are currently in. Despite Brother’s Keeper (Long Live G) featuring some pretty powerful moments, it still features rap styles, topics, melodies, and guest appearances that you are used to hearing on a DaBaby album. Honestly, I feel like he barely skips a beat on this EP.

Do you know how people say “What doesn’t kill you will make you stronger?” Well, DaBaby sounds stronger than ever on this Brother’s Keeper (Long Live G) EP!