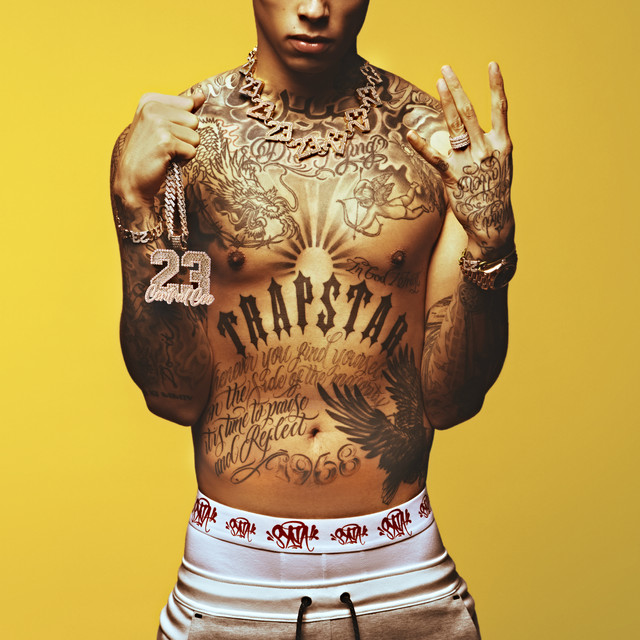 As if he never left, Cench drops his highly anticipated sophomore mixtape, “23.”

Cench does a lot of flexing in songs, but in “Cold Shoulder,” he takes a different approach. We get dope lyricism that opens up about his pain, goals, and past struggles — accompanied by his signature flow.

“Khabib” is the London rapper’s third single. It also serves as the album opener.

Dubbed after UFC fighter Khabib Nurmagomedov, this track hits just as hard as the former champion. In the song, Central Cee mainly talks about his success and impact. Honestly, I don’t see any stillness in this man’s future.

Putting a drill spin on Pinkpantheress’ “Just For Me” hit, Central Cee was able to create a warm-hearted song in which he opens up about the lady in his life.

“She thinks I’m a G, and I don’t need love but I need some thug affection.” I’m surprised by how many times I’ve listened to this song since its release.

“Retail Therapy” is the song I’d send a friend if they want to find out what Central Cee is all about.

“Retail Therapy” features brilliant production as it samples some familiar sounds (Mainly the sax from Kanye West’s “Drive Slow” track). In this song, we get flex-heavy verses over a melodic drill beat.

Cench digs deep on this song as it serves as a great self-evaluation of his life before all of God’s blessings.

You get a more serious side to Central Cee in “Ungrateful,” making the song one of my personal favorites.

Central Cee shows some maturity in 23. In this album, he is in a continuous state of self-assessment, making for a revealing, honest listen. As a result, there were plenty of bright moments; however, there were also tracks that felt underwhelming. I would like to see Cench try more experimentation in the future, mainly with his flows.

“Khabib”, “Retail Therapy,” and “Obsessed With You” were all released as singles prior to the album’s drop, and they’ve made their marks. These songs remain some of the best on the album. Unlike Wild West, which had no features, Central Cee teamed up with folks on this album — he partnered with Rondodasosa, Baby Gang, A2Anti, Morad, Benny Jr, Ashe, and Freeze Corleone for “Eurovision.” To me, the song doesn’t really fit on the album; however, it was interesting to hear a “European Union” drill collaboration.

“Khabib’ and “Ungrateful” serve as a compare-contrast of Cee’s beginnings; from the life he was living to the life he has made for himself. “Straight Back To It” is like a real estate tour, showing us the rapper’s go-getter mindset. “End of the Beginning” felt very Dave-like in the way Cench was rapping over the piano-laced beat. Knowing all of this, 23 is a good addition to Cench’s discography, and it’s further proof he was never an industry plant like some believed. Whether you like him or not, you have to admit that he’s talented. 23 is on its way to possibly debuting at #1 on the UK Billboard charts. Yes, he could sit back and enjoy all of his success for the rest of 2022, but don’t be surprised if we get more songs from him to close out the year.