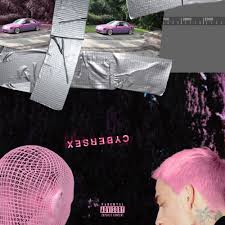 I can tell Blackbear is one of those cool ass white guys that rocked all the flyest kicks and had all the bad joints in high school. Well when it comes to the music side of things, all that swag and s–t really gets put to the test, because I believe it is pretty easy to detect when someone isn’t being the realest when it comes to that department. Well with this new Mixtape called ‘cybersex’, he tries to not only show us he can put together a solid body of work, but also convince us all that he belongs in the hip hop game despite his pop roots.

There are so many features on this Mixtape, but there is only one boss feature: Rick Ross

This song is probably the trillest on the album. On it, blackbear gets the flossin’, letting the people know that he’s going to shine no matter what the haters think. You will love the non-chalant style that the Florida born artist sings with, as he coasts through the beat without a care in the world.

Rick Ross has a below average verse on this song…. I feel like the boss could’ve imposed his will a little more on his raps, but instead he slowly lays down these pretty weak lyrics about who knows.  If I was blackbear, I am requesting a refund for this one.

Believe it or not, these two artists make a pretty good collaboration.

‘Top Priority’ is a very smooth track by blackbear that features our guy Ne-Yo!

Throughout this Mixtape, blackbear does show off some pretty decent singing skills, but on this song I think he shines the brightest! Throughout it, he harmonizes with the best of them, reaching pretty high vocal ranges on both the hook and his verse. With that being said, he still infuses these reckless lyrics into the equation, as he talks about turning a trap queen into a housewife.

Ne-Yo sounds pretty good on this song! I feel like the beat is catered for his style of music, and he certainly takes advantage of that by channeling the ‘So Sick’ version of himself. I miss relevant Ne-Yo!

These are the type of songs blackbear should be making.

Blackbear recruits Tinashe for this banger called ‘Up In This’.

No one will argue with me when I say that this song is a banger, especially with Tinashe singing this explosive ass hook; but I think blackbear really impresses me the most with his rockstar persona on his verses. With the pop singer putting such an emphasis on hip hop on this Mixtape, I think Rock can be his strongest genre.

How come no one wants to claim Tinashe as their baby mama? I feel like she gets no love in the streets!

‘Gucci Linen’ is pretty damn trappy if you ask me (C’mon webster, that should be a damn word!)…. Not only do you get this wicked trap beat, but you also get this brash version of blackbear that is on his designer s–t.

2 Chainz probably has the best rap feature on this album. I feel like the beat fits him a little more than blackbear, so you’ll enjoy how he gets all up in it like it’s a Thanksgiving Turkey.

This track is gimmicky, but still catchy.

Cam’ron will probably be the first rapper to trademark a color.

Blackbear is one cool ass white boy, right? Over this chilling trap beat, he swagger surfs through the song by singing with this care free demeanor that is pretty dope to listen to. By the end of his verse, you’ll find yourself thinking how cool it would be to spend a weekend rollin’ up with the unapologetic singer.

Cam’ron dropped a really solid verse on this song, still showing off his ability to effectively switch his flow from fast to slow. Though his part isn’t as cool as Blackbear’s, he still gives the song that gritty feel that the beat craves.

My ex used to have bright pink Tims in high school…. And that is the main reason she is my ex.

I definitely was a bit harsh on blackbear on my earlier reviews, but in all honesty, I think he is a very talented artist! Yea he talks with this slang that annoys the f–k out of me, but I can’t deny the fact that he can dabble in many different genres and succeed. I mean seriously — throughout this Mixtape you get this wild, unpredictable music that could either be trappier than anything you heard in your life, or poppier than anything you bullied in your life; together, a concoction is created by blackbear that (dare I say) is one I’ve never quite heard before…..

You know what I find most unique about this project? It has so many features, and on each and every one of them blackbear practically spoon fed whoever was on it with the type of beat they can excel on. is this him showing us that he can go toe to toe with some of the best in the game on their own s–t? Or him just paying homage to a couple of artists he grew up listening to? Nonetheless, it makes for a damn good collaboration album!

You know what I’m going to call blackbear from hear on out? Wy Dolla $ign! I feel like he has just as much fun as the Cali singer when he’s on the mic, and also approaches songs with this ‘ I don’t give a f–k’ attitude that is very similar also. Yes we all know blackbear is famous for writing for Justin Bieber in the past, but I think it’s about time we shed that label from him after this Mixtape. (I was the main one pointing it out…Yes, I’ma hypocrite!)