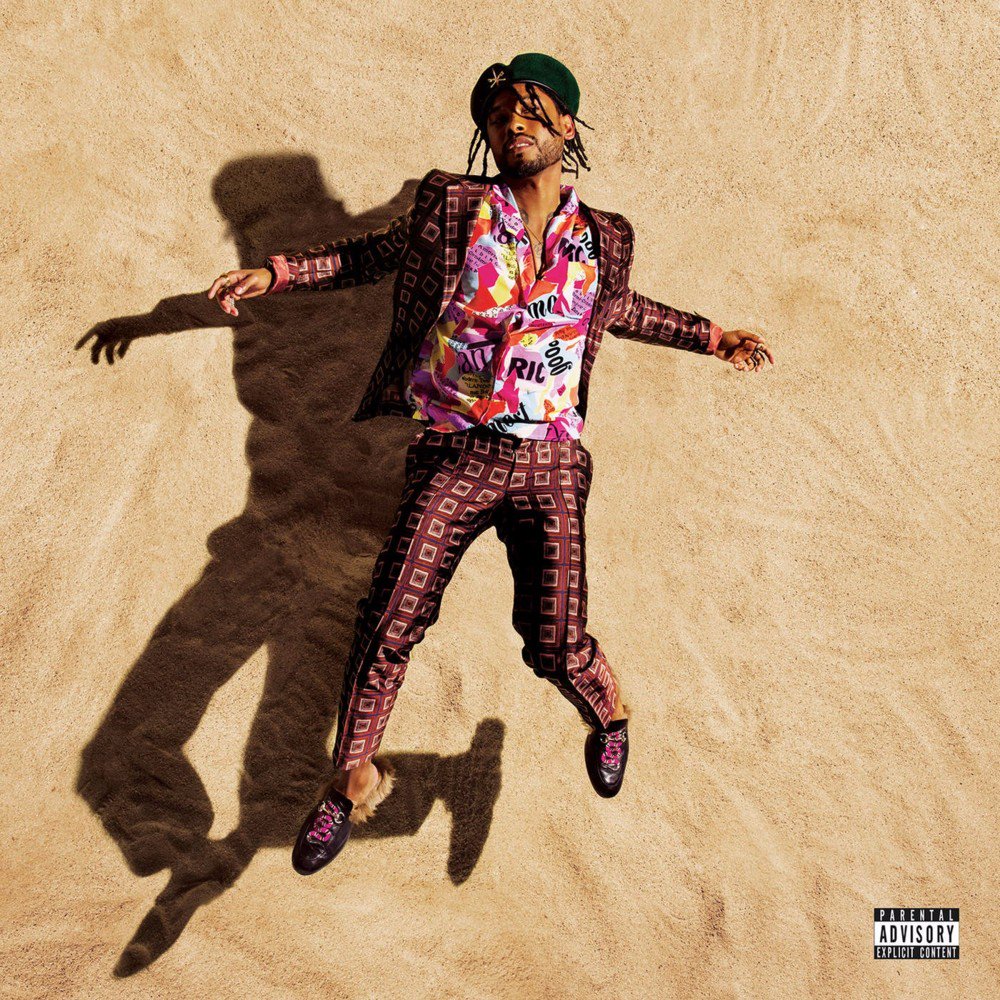 What lots of you don’t know is that Miguel is one of my favorite artists of all time! I feel like his artistry is one that is highly unique, as he has this uncanny ability to mix the funkiness of neo-soul with the upbeat vibes of the R&B music of today. With this new album called ‘War & Leisure’, I have this feeling that Miguel wants to draw in a couple hip hop fans by dropping these infectious club hits. Is it possible this sound could be his most enjoyable? Lets find out!

I can see Miguel riding a motorcycle on the music video of this song. Where’s he going? Who cares, that leather jacket he’s wearing is bad ass! (Yes, he has a bad ass leather jacket on too in this video)

This song is just as smooth as it is electrifying. It’s just as R&B as it is Rock. It’s the epitome of a tug-of-war between polar opposites. Well the Fonz (aka Miguel) does a great job of orchestrating everything, as he makes sure whatever personality you get from him gives it their all.

Why does the ‘City of Angels’ have so much traffic? Angels can fly right?

‘Told You So’ is so 1980’s sounding to me that I contemplated eating some Jell-O Pudding pops while listening to it.

Miguel has been making music like this since the beginning of his career, but this time around it feels a little different because it’s in the midst of some pretty modern sounding records on this album. Anyway, Miguel loses it on this song, as he lets the nostalgic instrumental dictate the gleeful emotions he has bottled up in him. When it’s all said and done, the track will provide you with yet another blast from the past, despite the simple ass lyrics throughout.

Miguel, what tropical island are you sitting on right now? It’s 40 degrees outside down here bro!

You know what ‘Pineapple Skies’ reminds me of? Those timeless tracks by the Lionel Ritchie’s of the world that my mom would play while she was cooking rice and stew on a Sunday morning. Those timeless tracks always had a message of uplift, and I soaked it up in every type of way despite being a toddler. Artists simply don’t make tracks like these anymore — ones that has the artist doing their best to put a smile on your face. I don’t know about you, but I need songs like these to keep going! (My car got totaled the other day….. 🙁 )

‘Come Through and Chill’ is literally impossible to dislike. Matter of fact, anyone who doesn’t like it needs to be shot! On it, Miguel shows off this impressive ability to woo his woman with some of the smoothest words you’ve ever heard in your life. Not only does Miguel nail the character of crooner perfectly, but he also isn’t bad at making drug dealer references either.

I gave this song five stars a year ago, so adding a Cole verse to it should give it 6/5, right? I can tell you that he doesn’t make it worse, as he drops this suave ass verse that has him spitting some pretty aggressive bars to some bad ass chick (I’m assuming). If you ask me (Which you didn’t), it is definitely a vintage Cole verse here.

After all these years, no one in rap was smart enough to call themselves ‘Skywalker’?

Isn’t ‘Skywalker’ one of the most enjoyable tracks you’ve heard in 2017? It’s so groovy, as it feels like Miguel simply gets lost in the amped up sound of the production. While I like when Miguel reaches into his vocal arsenal to make songs, I think I like him best when he’s cool, calm, and collected like he is here.

Travis Scott helps solidify the zoned out spirit of the song by providing his signature trippy sound on his verse. For some odd reason, Travis Scott compliments R&B singers so well to me (boggles the f–kin’ mind).

Is it safe to say that Miguel created this album with the intentions to have a little bit of fun? I feel like most of the songs on this album contains this joyful spirit to it that makes you believe that life is good, despite the fact that we live in this f–ked up world ran by a few jerks here and there! (I knew I shouldn’t have had the CNN on while writing this review)

You know what I find most astonishing about Miguel as an artist? I feel like he has some amazing vocals, even though it feels like everything he does is effortless. If you want to call him a natural at his craft, I am fine with that, but whatever word you use to describe his excellence must come with some relation to his professional approach to music. You can tell he sees music just as much as he hears it, as he’s able to decipher exactly what the fans want when it comes to adlibs, melodies, and topics overall. If you are a fan of his you are probably satisfied, something that you shouldn’t take for granted as a listener.

With the meshing of vintage R&B and radio-friendly hip hop music becoming more and more prevalent these days, people forget that Miguel helped usher that sound in. So while others are busy trying to understand how to make it, Miguel as already perfected it.