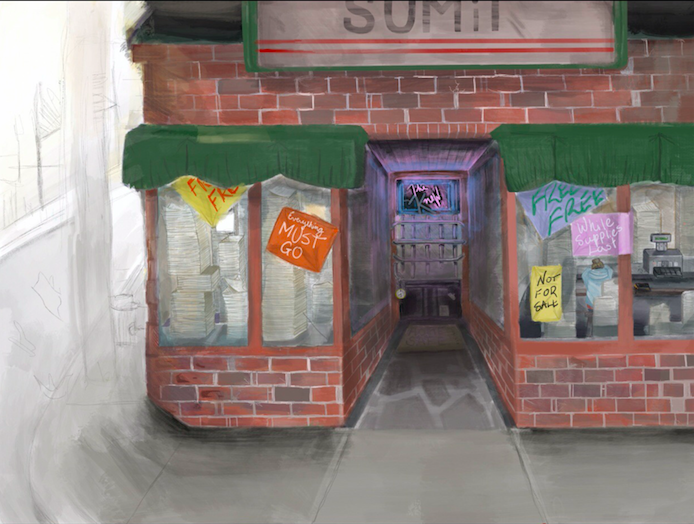 If you ask me, SUMiT is one of the most poetic artists in the game right now. Laced with this ability to combine unbreakable flows with eloquent words, SUMiT touches the soul with every bar he delivers, playing that therapeutic figure when it comes to hip hop music. In his newest project titled “The Knew,” not only does he give us 11 high quality tracks, but he also provides us with a few records that will get you amped up along the way.

”Passenger” is as motivational as it gets. On it, SUMiT gives us a tune focused on pumping the underdog up through several lessons he’s learned in his life. I love the emotions he gives off on the track, as he shows the world he isn’t afraid to make his way through the rugged world by utilizing his pen and pad.

One of the most notable bars on this track was when SUMiT said, “After all the bad that I do/even all the s**t I been through/I swear that I’ll forget what I knew/For what’s true“. I think these lines are symbolic of all the reflecting he did on the album, and closes out the project flawlessly.

“ALLUP” is a lyrical exercise. It has SUMiT dissecting an old school hip hop beat like it was a dead animal in science class. It’s actually very stunning to listen to.

One of the biggest things I look for when I review a rappers work is to see if an artist has a competitive nature to them; SUMiT shows that and more in “ALLUP.” You can tell he wanted to show off his lyrical abilities on the track, as he raps with this relentlessness that almost seems physically impossible. All in all, the track is both pure and organic, and is probably his most lyrical on the project.

”Kryptonite” is an absolute banger! Everything about the track screams out club hit. If you aren’t boppin’ your head when it comes on, you must be one of Lex Luger’s buddies.

I love the pizazz/swagger SUMiT comes with on this track. From start to finish, he drops nothing but appealing bars, as he outlines his way of thinking when it comes to how he deals with promiscuous women.

On his second verse, SUMIT says the following, “Yeah I know this game and you gon think you’re slick tonight/but baby I’m a different type/You just need to listen right”… Isn’t that some of the flyest bars you heard in a while? Bro, where can I get a book of your slickest lines to women from?

2. TAKE ME AS I REALLY // GLASS-HALF-EMPTY MEMENTO

“Take Me As I Really // Glass-Half-Empty Memento” has SUMiT opening up to us quite a bit, as he describes the power struggle he deals with between his lonely thoughts and formidable soul. The guitar-heavy instrumental gives off this soulful feel, while SUMiT delivers these intense bars revolving around his determination to succeed while staying true to his imperfect self. I think most listeners will find the track riveting, and people that are going through the same s**t he is in their lives will find it relatable.

I think “Madness” is the perfect way to open up the album: It’s dark and scintillating, but hella candid. On it, SUMiT is an open book, letting the world know what to expect as you sift through the album. With bars such as, “Been having my feet Dragon/Damn I keep slackin on this rappin’ s**t/But it’s immaculate/Maybe I should be bragging,” SUMiT shows us his fierce obsession with conquering rap, and how he views himself as top notch despite never reaching his potential. The tongue-twisting flow he uses on the track is astonishing, and his wordplay is absolutely phenomenal.

Lets be real, SUMiT’s lyrical arsenal is outstanding. It’s ungodly how he is able to madly piece his words together, showing this relentlessness lyrically on practically every song. However, I think the biggest takeaway from this album is how honest the Worcester rapper is on majority of the songs, never showing fear to open up about some really deep topics such as depression and self-reflection. If you like hip hop music that goes beyond the glitz and glamour that you get from your typical rapper, this is the perfect album for you!

MAKE SURE YOU CHECK OUT SUMiT’s “THE KNEW” ON MARCH 28th, AND WHEN YOU DO, GIVE ME YOUR TOP 5 IN THE COMMENTS SECTION BELOW