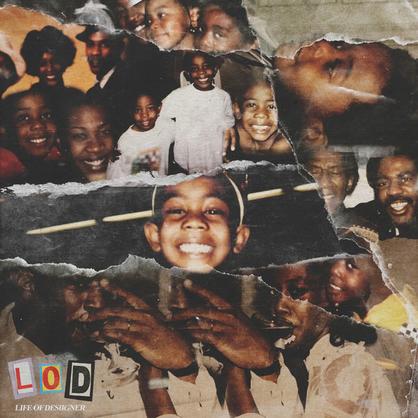 It feels like Desiigner has completely disappeared from the scene, right? After dropping his “Panda” track, it feels like he hasn’t quite gotten another song to stick with hip hop fans everywhere, which inches him closer and closer to ‘One Hit Wonder’ land. Not to be deterred, Desiinger has come back with “L.O.D.”: A seven track project that sorta came out of nowhere. Can Desiigner find a way to win us over once again with this project?

Is “Price Tag” Desiigner’s version of “Gucci Gang?” I think so. The style he raps with on it is very similar to Lil Pump’s style on “Gucci Gang,” and the way he tries to shove the words “Price Tag” down our throat is almost identical to how Pump tried to shove the words ‘Gucci Gang’ down ours. But then again, maybe Desiigner was the creator of that whole Gucci Gang sound? OK, I’m starting to feel like this is some Twiilight Zone s**t.

Lemme look the song from more of a macro level: “Price Tag” is litty, catchy, and has Desiigner wooing whoever that will listen to him with braggadocious lyrics and present day rap flows. All in all, the track is not all that bad.

Wait a second, what happened to Desiigner’s energy level? He sounds so dull on this song. As a result, you get this track that relies on this infectious rhythm and unorthodox flow to carry it through. (If you let Desiigner be unorthodox, that n***a will juice it from here to Calabasas)

Apparently ‘Tonka’ is a toy truck. N***as is souping up toy trucks nowadays?

Technically, Desiigner is a singer, right? You can’t tell me he’s not singing on “Panda.” Anyway, in “Destinnation,” he gets his crooner on, harmonizing over this smooth/slow-paced instrumental. I’m impressed with his ability to drown himself out with the beat, as he pays close attention to its vibes, rhythm and tone. Correct, his lyrics are awful on his verses, but I do appreciate everything else about his contributions to this track.

There are three things you can guarantee will happen in your lifetime: Death, taxes and nonsensical Desiigner records. I mean seriously, I want to know what goes on in the Brooklyn rapper’s head when he creates his music. For example, on “LA to NY,” what possessed him to say some dumb s**t like, “I’ll chop you with the spoon or the fork?”Or how bout this one: Why does he sound like he’s suffering from Carbon Monoxide poisoning in “Pop iiT?” These are one of the many examples of Desiigner being Desiigner on this EP, and it is borderline comical to listen to. It’s almost like Desiigner brand is to be this bumbling rapper that can’t get s**t right, and we continue to think he ultimately will.