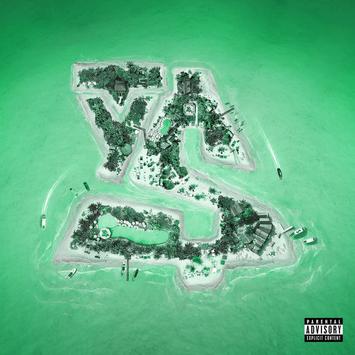 Still til this day, I don’t understand why people don’t give Ty Dolla $ign’s “Beach House 3” album more love. With hits like “So Am I,” “Ex,” and “Drop Top in The Rain,” how can you not like it? Anyway, today, Ty decided to bring out a deluxe version of the album, and it features six new songs. I don’t see it elevating the album’s buzz, but at least I’ll be a happy camper.

Ty’s version of a love song seems to always involve alcohol, blunt speakings and freaky demands. I salute him for making music like that, cause on the real, that’s how most of us guys think in the 21st century. I get it, that formula sounds a bit odd over a song that sounds like it should be a slow jam, but love-making with your partner should be authentic and honest no matter the setting.

One day ‘clout’ will go down in history as one of the most productive words in hip hop history (Along with ‘loafin’ and ‘bamma.’)

We aren’t born with clout, we had to gain it through some pretty difficult measures, so I understand why rappers take offense to the individuals that want to chase theirs. In “Clout,” Ty Dolla $ign and 21 Savage lets the world know all the perks that come with having it, which includes being able to pop wives, hoes and everything in-between. The production on the song has both this fast pace and infectious bop to it that Ty uses to his advantage from start to finish. As for 21 Savage, he turns the song all dark sounding, literally coming across like a n***a that slapped a girls ass in the club and ran away.

Ty Dolla $ign says his wrist looks like a pineapple, while mines looks like some dried up apricots (I’m struggling in life, God).

For “Pineapple,” Ty recruits Quavo and Gucci Mane, and as expected, the track is an absolute banger! It has each rapper comparing a whole bunch of s**t to pineapples, and somehow they were able to make this tasty fruit sound trill, sexy and troublesome all at the same time.

I think Quavo and Gucci Mane’s verses are forgettable, but Ty did his thing giving us this irresistible hook and passionate verse that gets better as the song goes on.

You learn nothing new about Ty Dolla $ign based off these six new tracks. He’s still that mashed up Rap/R&B guy that’s out here chasing dimes and taking an assortment of drugs whenever he gets the chance to. He also continues to have relationships with rap’s biggest playboys in the industry, and they probably gas him up to be as reckless as ever. In a nutshell, this deluxe version shows the world that it is easy as hell for Ty to make a hit record, and if your slow ass didn’t know that after listening to the original one, then get out of my kitchen.