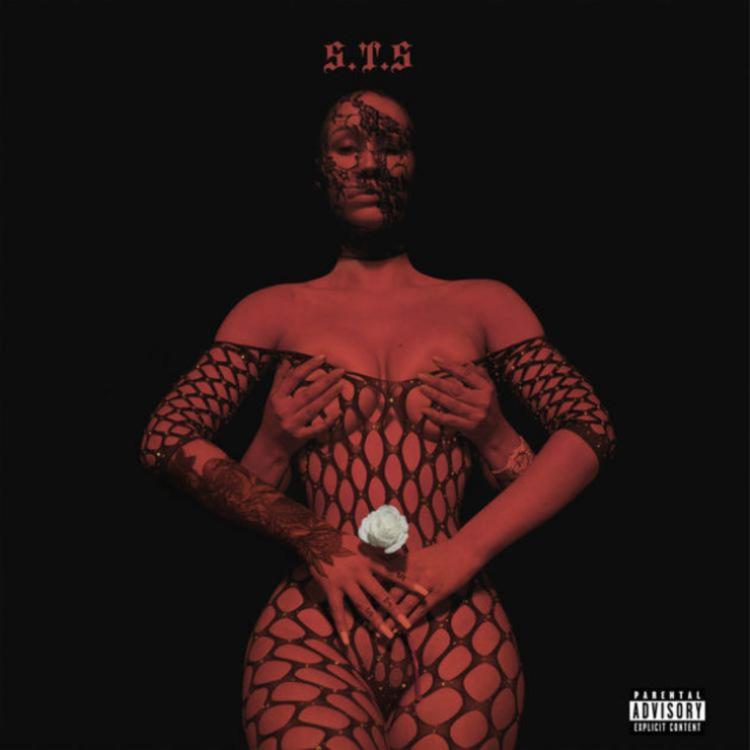 In this brand new project, we get a version of Iggy that is sassier and a lot more tough-nosed.

“Hey, Iggy” is the Australian hip hop Queen’s anthem song. On it, her stage presence is lifted to the sky, bumping booty’s with the stars.

Throughout this song, Iggy is sensuous and arcane, dishing out punchlines and creating images in our heads about how we should view her these days. At times, she walks that very thin line between cheesy and cool, and that spectacle alone is entertaining enough to give this track a listen.

This song sounds and feels freaky. It has this jungle vibe to it that screams out unprotected sex, and both of our heroes come across like straight up nymphos on their respective parts. Tyga always sounds like this, so there’s no surprise on his side, but Iggy definitely stepped outside of her comfort zone a bit to bask in Tyga’s world. Nonetheless, the dark tempo and sensual lyricism by both artists makes the song feel vibrant and alive.

I think the only time I want to hear this song is if I’m in one of those clubs that are owned by a Marvel villain.

Iggy Azalea’s authentic hip hop vibes will seduce everyone who listens to “Survive the summer.”

In “Survive The Summer,” Iggy is a dark lyricist that isn’t afraid to go toe to toe with her competition. For those of you who will read this review and think I’m kidding, pay attention to the flow she raps with, her aggressive content and knack for saying something appealing on nearly every bar — it’s your favorite rapper’s favorite rapper-esque.

You can argue that this is Iggy’s best rapping effort ever.

Iggy Azalea is at a crossroads with her music career. She simply hasn’t been able to match the same success she had when she first came out, prompting her to experiment with a bunch of different sounds that hasn’t quite worked. In this newest release, I think she has actually found an approach that fits her. Even though majority of the EP has this explicit vibe to it, (Iggy opts to show more sensuality and sass this time around) I do see a version of the Australian born rapper that is carefree, competitive and done with trying to make friends (A couple of issues I thought haunted her these last couple of years). It’s clear that she has evolved as an artist, mastering her own self and self-exploring aspects both musically and also personally.

Every beat on this album sounds the same. They all have this ‘dark’/’back of the club where the strippers are getting ready’ type vibe to it. Because of this, you get evil Iggy, and I like evil Iggy!

You know what’s funny? I don’t think Iggy is that bad of a rapper. I think she has some pretty decent punchlines, flows well, and has the kind of bravado you need to succeed in the hip hop game. In the past, my beef with her was that the styles of music she decided to rap over were way to gimmicky for my liking. In this particular project, those aspects aren’t horrible, they are tolerable, but you still do get little glimpses of cheesiness sprinkled in here and there. But trust me, the music is a lot less ‘insert rapper here.’

There were only two features on this album, and that was from Tyga and Wiz Khalifa. They put up some pretty good verses on their respective songs, playing Iggy’s musical zaddys and giving the bias individuals that don’t rock with the lead artist a well-needed breather.

Let’s keep it real: Iggy will never get the respect she deserves in the hip hop game, and I get it, something about her persona screams out phony to you. But if you put down all your conspiracy theories, you will realize that she’s not that bad of an artist. In “Survive the Summer,” I think she shows us a glimpse of what she’s capable of doing, and quite honestly, I was impressed. I for one think there’s a place for her in the hip hop game, but she just needs to follow a lane that works for her; the music you heard on this EP was one of those lanes.