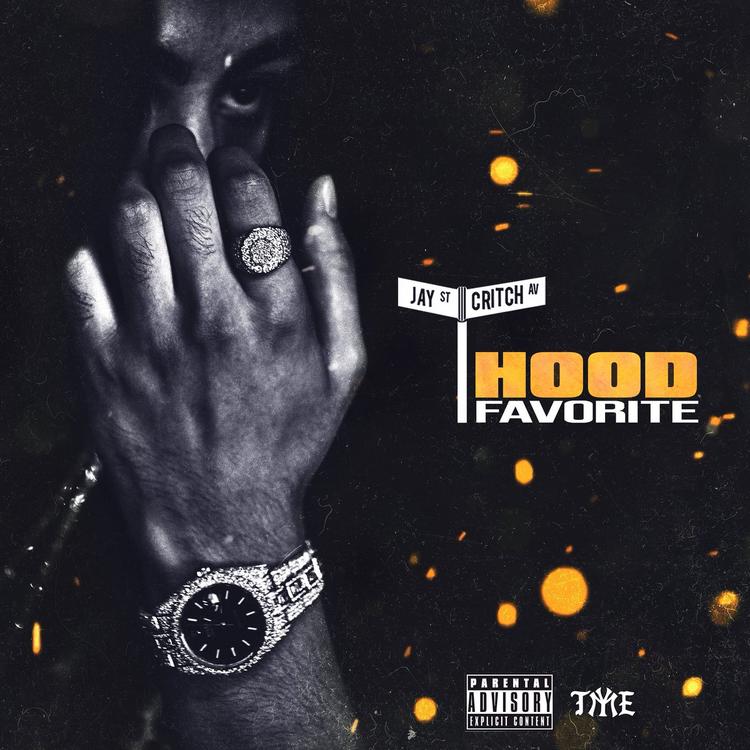 Rich The Kid has developed quite the team in Jay Critch, Famous Dex and himself for his Rich Forever group. In my opinion, Critch is the most talented out of the three rapping-wise, and in his debut album, I think he will prove it to the world.

What you will find out about this album is that Jay Critch thinks he’s the best thing since sliced bread. He seems to love his diamonds, get a rise out of treating women carelessly, and stunt on haters. On “Replace,” when he talks about these reckless subject matters, it makes a lot of sense, mainly because the song promotes this boss-like vibe on the instrumental that practically starves for trill lyrics to be thrown at it. He does just that, never letting up in arrogant energy.

Out of all the things you can complain about when it comes to this new age of rapping, these guys ability to make hot ass intros aren’t one of them. In “Smutty (Intro),” Critch gets his finessin’ on, spitting bars revolving around flossing and pulling chicks utilizing this laid-back approach. I love the confidence he shows throughout, as he plays the part of a major rap star despite this being the FIRST song on his FIRST real album (The Dallas Cowboys need over-confident players like this).

“Ego” has Critch showing the world how much he has learned from Rich The Kid.

In “Ego,” Critch showcases his knack for rapping with the same complicated flows Rich The Kid utilizes in his music, dropping nothing but braggadocios bars using this unorthodox delivery over. If you ask me, he does Rich The Kid better than Rick The Kid does Rich The Kid on this song, mainly because he sounds a lot clearer than the Rich Forever honcho.

“Ego” is clearly the hit on this album.

Offset’s flow has been one that has been emulated, dissected and revamped by everyone in the game. Surprisingly, I thought Jay Critch did a great job of copying it on “Quicker.”

Over this trill ass instrumental, Critch talks about his winning ways and lack of respect for women, competition and older car models utilizing a style of rapping that got Migos millions of dollars in their pocket. Matter of fact, he does an impression of them so good that I am ready to proclaim him the official fourth member of the Atlanta group (We’ll call him Beigeoff).

There’s no Offset like regular Offset, and fortunately for us, regular Offset is featured on this song (That was confusing). On his lone verse, the Migos star gives us something slight, using this laid-back delivery yet serious ass flow that has him turning the beat he was served with inside out. In all honesty, I never care what he talks about on his verses, I usually just pay attention to the flows he uses, so I can’t quite regurgitate what he was saying on his part.

For those of you that didn’t think Critch can hold his own with other New York rappers, “Try It” will have you eating crow. On it, he absolutely deciphers the Harry Fraud beat he was served with, showing the same confidence his counterparts show on their verses. I love the persistent flow he raps with, and his intent on speaking nothing but boss s**t lyrically.

French Montana is a hit and miss type of rapper to me; on “Try It,” he hits, dropping this sly ass verse that has him swaggin’ his way to the finish line. With this being a Harry Fraud beat, you knew he would come with the heat, and trust me, he doesn’t disappoint.

When you think of New York rappers, one of the first people that should come to your mind is Fabolous. In “Try It,” the biggest underdog in rap history drops off this punch-line heavy verse that has him showboating about the finer things he has in his possession worse than them n***as on those And1 mixtapes used to do. Everyone knows that the more and more you want to punch Fabolous in the face when you hear his verse, the better it is.

Jay Critch is a talented musician that probably deserves the label of being one of New York’s most promising rappers today. When he wants to, he is capable of spitting some serious bars, giving you flashbacks to MC’s from the early 90’s. However, there are moments that he falls prey to the sounds of today, and in those moments, I throw up in my mouth a little. In “Hood Favorite,” these inconsistencies are glaring, as Jay struggles with accepting that we rather hear him rap tough than give us some auto-tune bulls**t. I have no doubt in my mind that he will learn his strengths and weaknesses as an artist as time goes by, and when he does, the discussion of him being one of the best rappers in the game will begin to emerge.

Content-wise, Jay Critch was very stale on this album. He never deviated far enough from talking about getting to the money, f**king on b*tches, flossing or having hate for the competition. I get it, you think you are the second coming of Superfly and s**t, but after song number 8, these messages get played out. I feel like his skill-set is too good to limit himself to these tired ass subject matters, especially considering that I think he has a nice delivery, great confidence, pretty solid punchlines and astounding appeal to him.

The beats on this album were alright… A few standouts to me were “Try It” and “Replace,” but for the most part, the rest of the pack were forgettable. Feature-wise, there were only three guests on this album, and they each did their thing on their respective songs.

I think most will enjoy this album, but I personally believe that Critch can do better than this. I will say this, though: Critch’s potential is real!