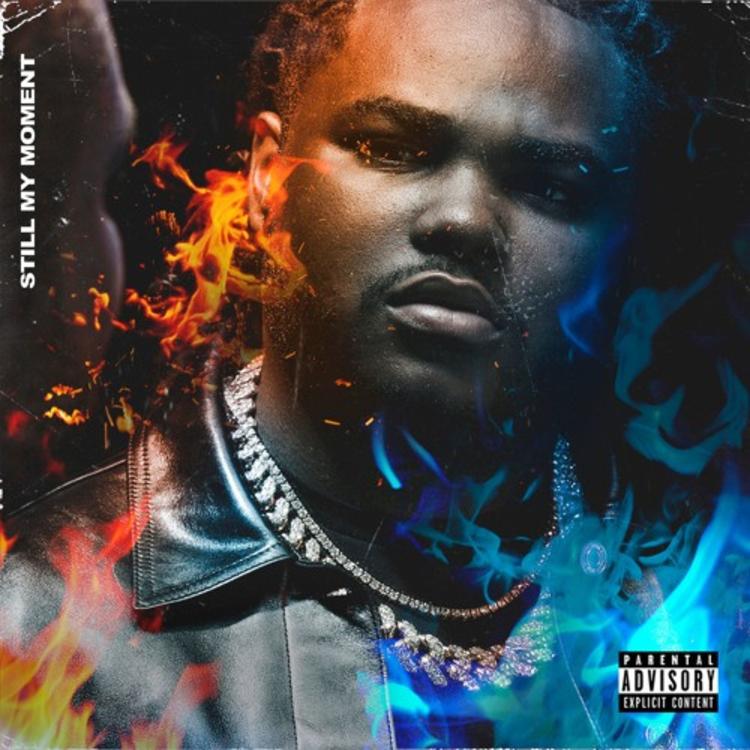 Tee Grizzley is one of those rappers that gets nothing but respect from his peers. He’s hood authentic, and is always ready to put anyone who doesn’t believe that in their place. In “Still My Moment,” his latest project, he looks to continue his growth in the game while staying true to his quick trigger roots.

I thought “Hustlin” was the most passionate record on this album (Which is saying a lot, because there is plenty of them on here). It features a powerful performance by B. Ryan on the hook in which he talks about his knack for hustling utilizing this very impressive vocal performance. Bryan clearly gasses Tee up, because on his verse, he raps with this level of urgency that is very glaring. Not only does he thank God for his blessings throughout, but he also talks about the way things were back in the day when he was on the come-up. If you ask me, the song sorta plays like a theme song, which is an aspect I think the people will love.

I feel like every rapper that has made it has that one song on their album in which they talk about making it to the top despite the odds being stacked up against them; for Tee, “We Dreamin'” is it. On it, he talks about finally being able to live the good life due to his hard-work, even giving advice to those who want to follow in his path. At times, he shows humility, and in others, he shows this level of defensiveness that will certainly resonate with you.

Tee Grizzley and Chance The Rapper are the oddest couple I’ve seen since Lee and Carter.

“Wake Up” is what I would call an uplifting banger. On it, Tee gives advice to the hood on how to move, eat and get to the money. I love how spirited he sounds throughout, as it legitimately feels like he enjoys playing big brother to n***as in the hood that are lost.

Chance the Rapper is also featured on “Wake Up,” and much to my surprise, he hammers through the feel-good instrumental he was served with using this aggressive approach. Matter of fact, I wouldn’t be surprised if he was jumping on furniture and s**t while he was laying down his part.

Who would’ve thunk that in a song featuring Tee Grizzley and Chance The Rapper, the latter is the one that had me shook?

2. PRAY FOR THE DRIP

Even Tee Grizzley is drippin’? OK, I officially have to understand what the f**k ‘drip’ means now…

“Pray For The Drip” is a ferocious record that has both Tee and Offset discussing how, when and where they became top notch drippers. Their raps come out as tenacious as it gets, and the instrumental they rap over is darker than Tika Sumpter. As for the hook, it’s simple, but at the same time, very infectious.

What would I look like if I actually got down on two knees and prayed to the LORD for some drip? I might just get hit by some drive-by lightning.

“1 Night” is one of those club bangers that people will love because of its bass boomin’ instrumental and Quavo’s ability to drop yet another melodic contribution on a feature. But on the real, don’t sleep on Tee’s verses on this joint, as he sets the tone with some trill ass bars that has him celebrating his success and dabbling in both violence and women.

In my opinion, this is one of Tee’s most enjoyable track to-date.

Not many rap artists speak the truth like Tee Grizzley does. I feel like he holds nothing back when it comes to discussing his true feelings about everything from going to jail to making it out of the hood alive. In “Still My Moment,” he continues to give us this balancing act of club hits and emotional bangers, at times, even blending the two worlds together. You may not be super impressed with his rapping skills throughout this project, but you cannot deny his passion.

“Still My Moment” isn’t the most experimental effort from Tee, and that is OK. Remember, his previous album had him doing some singing, going toe to toe with Chris Brown for a few songs, and gifting us with some commercial s**t; on this one, he stayed consistent, mainly giving us both tough and emotional records. This makes listening to the album feel easy, but it also means there isn’t many stand outs.

I thought the features on “Still My Moment” was OK. You got a very good hook from Quavo on “1 Night,” some pretty decent bars from Offset on “Pray For The Drip,” and a bizarre contribution from Chance The Rapper on “Wake Up.” Each person added an extra umph to whichever song they were featured on, making the project feel a little less hard-nosed.

The production on “Still my Moment” falls in line with what I’m used to hearing Tee Grizzley rap over. They are rugged, riveting, and most importantly, street-inspired. you might get some heavy-hitting elements here at there, but at the same time, a good amount of piano-notes. The mixture makes for quite the body of work, especially when it comes to its car stereo play-ability.

I am still undecided on whether or not I find Tee Grizzley appealing enough to have a longstanding career in the game. Much like his other s**t from the past, he didn’t blow me away with anything on this album, but he was intriguing enough to at least enjoy. After two major albums, I remain conflicted with him as an artist.