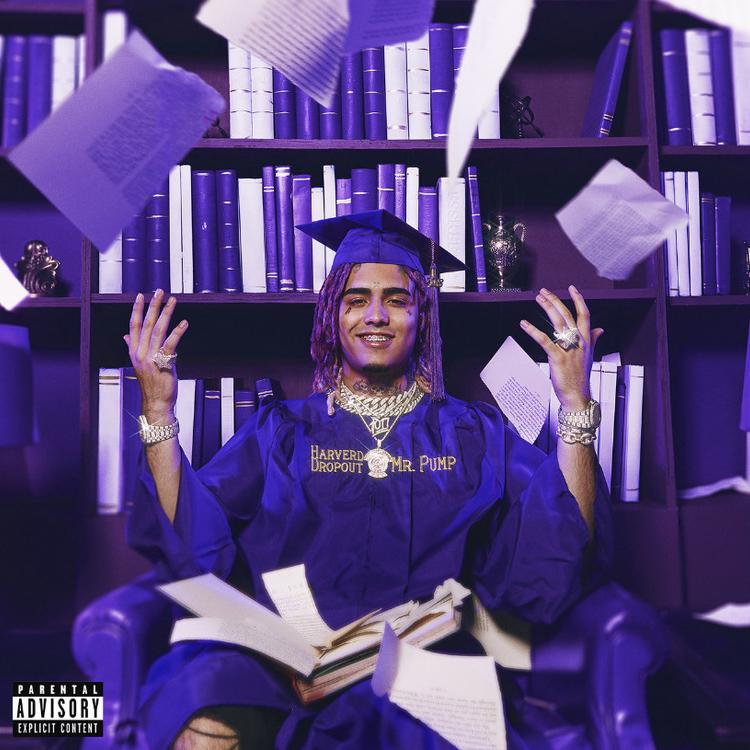 In every generation, there is a rapper that comes along that is so far left, they rub older generations the wrong way. In my lifetime, Soulja Boy Tell ‘Em was that guy, and for this generation, the avocado toast/Lamelo Ball-loving generation, Lil Pump is that guy. Today, Pump looks to prove he’s more than just a pip squeak that made it famous by glamorizing drugs and useless behavior with the release of “Harverd Dropout.” How will he do it? By convincing us that glamorizing drugs and useless behavior is a new normal he created. #Creatinganewnormalmakesyoualegend

I find “Butterfly Doors” enjoyable. It has a great bop to it, a very memorable hook, and most importantly, it’s short (Pump would’ve pissed me off if he made this song a couple seconds longer). While Pump’s rapping skills aren’t the greatest on the track (Especially when it comes to his flows), I do like the flair he displays throughout. Sometimes flair can overshadow poor rap performances.

This song is very Migo-esque — especially when Pump says that ‘baby mama’ line towards the end of the hook.

“Racks On Racks” sounds like a faster version of “Esskeetit” and “Gucci Gang.” It features lots of youthful energy, a catchy hook that grown folks won’t admit they’re feeling, and lyrical content that is reckless, savage, outlandish, childish and inconsiderate. In other words, Pump was being classic Pump here!

The reason I think “Racks On Racks” is one of the best tracks on Harverd Dropout is because it’s too catchy to pass up. I don’t love it stylistically, but I can’t help but see it hyping me up at a party, rave or detention center. In other words, this song brings out my wild side!

Sigh… Let’s call it how it is, folks: “Esskeetit” is fire! When strippers hear it in the clubs, they shake their asses a little harder, and when ballers play it in their whips, they are at a higher risk of losing the wheel. Explaining why this song moves the needle is harder than trying to spell its title, but today, I’ll do my best to give you an answer.

“Esskeetit” has this rebellious energy to it that is foolishly brilliant. It capitalizes off of bouncy vibes, hoppy flows by Pump, multiple stops in its beat and reckless ass lyrics. In a nutshell, the song feels like the musical version of a defibrillator that is struggling to find your hearts rhythm. CLEAR!

Welp, it looks like J. Cole is going to have to make another “K.O.D.” album after this song gets hot…

You know what’s sad about “Drug Addicts?” It’s actually kind of dope! It has this bass boomin’/exhilarating instrumental attached to it, an infectious hook, and surprisingly, some appealing bars by Pump on his verses. The only problem with this song is that it glamorizes drug usage heavily, which probably means it won’t have an opportunity to be appreciated for its musicality. Perhaps Pump can add some sort of disclaimer on the beginning of this song that lets the people know that he’s just f**king around with us. The problem is, I don’t think he’s f**king around at all…

Pump said he started smoking at 11 and popping pills at 7… What kind of f**ked up environment did he grow up in?

Even I, the guy with the IQ of a melon, thought this song required little to no brain-power to make. However, the more and more I heard it in the clubs/bars/shindigs/porno stores, the more I liked it! Yes, even with Pump’s poor singing on the hook (though I love the melody he was able to give us throughout), Kanye’s sick ass verse in which he talks about some perverted s**t, and the big ass suits the two artists were rocking in the music video to it, I still found a way to play this song more than any one of Nas’ joints from last year 😩.

WHAT DID I LOVE ABOUT HARVERD DROPOUT:

WHAT DID I HATE ABOUT HARVERD DROPOUT

Lil Pump’s career up to this point has been a car crash waiting to happen. But for some odd/sick reason, us as Americans love to view car crashes. With that being said, “Harverd Dropout” is a complete car crash, and unfortunately, I am one of those sane human beings that don’t like watching a car crash happen.