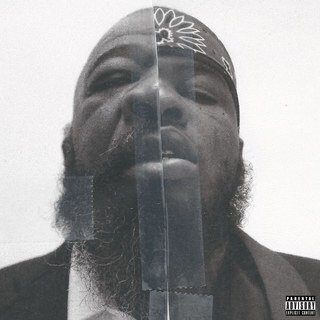 On the real, both “Still” and “Drizzy Draco” are two of Maxo’s most impressive efforts on this album rapping-wise. On both, he spits out bars like a calculator, serving out violent, drug-dealing and savage lyrical content throughout. While these particular songs may not get the most burn on your iTunes library, I believe they represent who Maxo was, who he is, and most importantly, who he can be as a rapper.

“The Relays” features arguably the two most popular Houston rappers in the game right now in Travis Scott and Maxo Kream (I’m sure Mike Jones has something to say about this). Together, they were able to drop this unorthodox banger that features a robot-sounding Travis Scott that’s bragging and boasting about his fame, and a version of Maxo that is intent on getting to the money and flipping bad ass chicks of all colors. Overall, I love how raw/relentless both rappers are on this song, in addition to the catchy hook Maxo delivers on it.

On “She Live,” Maxo and featured guest Megan Thee Stallion go back and forth on some hood love s**t, literally sounding like a ghetto version of Charlie Brown and Lucy.

Frfr, Maxo drops some of his hardest raps on this joint, as he attacks the D.A. Doman beat he was served with utilizing a steady flow and rambunctious lyrical content throughout his verses. As for Megan, she shows off her overwhelming appeal on her verse, peeling through it with outstanding grit and a level of savagery a man like myself cannot deal with.

I think we’ve established that I can’t handle you Megan, so stop reminding me what I need to do to get you.

“Pray 2 The Dope” has Maxo Kream talking about losing his faith and trying to make a living off of drug-dealing. Though the track features plenty of raw ass bars revolving around some s**t I know nothing about, the way Maxo opens up on the song is very relatable. Not only does he accurately describe every step of his come-up story throughout his verses, but he also shows emotions like frustration and pessimism just like anyone else that fails while trying to achieve something.

Bro, you are a big-time rap star, I’m pretty sure GOD has answered your prayers…

“Meet Again” is an emotional banger that serves as a dedication to Maxo Kream’s homies that are locked up.

On “Meet Again,” Maxo plows through his verses caring less for structure; instead, he opts to spew out nothing but his truest feelings towards every single unfortunate hood situation he has to deal with today. Overall, I enjoy the passion that powers this song, even though at times it confuses me with its flip-flopping between heartwarming and gritty vibes (I hate when thug ass rappers play with my emotions!).

Maxo Kream is a good ass storyteller. In “Brandon Banks,” he tells tales of drug-dealing, crip s**t, dead homies, shot-up ops, disappointed parents and more. In my opinion, the way Maxo spews out each topic is so authentic/detail-oriented, I can tell he thought about every single one of them over and over again before he laid down this album. I salute Maxo for opening up like he did, especially considering that cops are incriminating folks through their music now.

Maxo Kream is a very good rapper. Even though his go-to flow is some ‘Miss Mary Mack’ s**t, he does know how to command a room with his confidence, noteworthy punchlines and astute ability to stick to a subject-matter (Thank the LORD). On the real, I was never bored by Maxo’s verses on this album, especially when he got a chance to catch our attention with some club s**t (Surprisingly).

I had no clue Maxo Kream and Tyga’s favorite producer D.A. Doman had a working relationship. On “Brandon Banks,” a good chunk of the bangers were produced by the boomin’ producer, and surprisingly, none really sounded the same. Additionally, the other beats on this album either had great soulfulness to it, or a level of brute that at least made you feel something. On the real, I was definitely f**king with this department of the album.

The guest features on this album were simply alright, to me. ScHoolboy Q did his thing on “3AM,” Travis Scott was so-so on “The Relays,” and I love how Megan The Stallion and A$AP Ferg both went toe-to-toe with Maxo on “She Live” and “Murda Blocc” (Respectively). But when it’s all said and done, I didn’t necessarily need anyone featured on this project to enjoy it.

Maxo Kream is probably too gutter to get major radio burn, but I think he is a hella talented rapper that should not be overlooked and ignored. I believe he represents the darkest side of every hood an America — a side I believe has been tip-toed when it comes to be talking about for years. I can ensure you, after listening to this album, I am asking my GPS for a detour if I ever have to ride around Maxo’s hood…