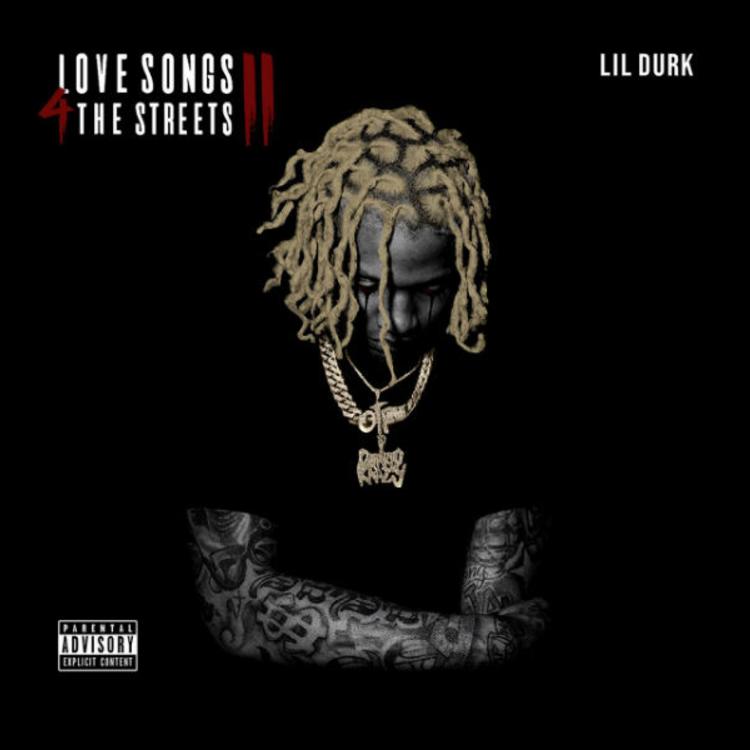 As much as I love Durk when he’s rapping or singing about some hard s**t, I believe when he’s on his lovey-dovey s**t, he’s special. In “Prada U,” that’s the version of Durk we are gifted with, as the Chicago rapper spends a good chunk of his time on the song talking about loving, getting forgiveness from and marrying his down chick. While he sings in a very mushy manner throughout his contributions, he does have his spurts of grittiness in which he brashly reminds his woman of the things he’s done for her in and out of the bedroom. He also threatens any dude who’s interested in trying to get at his girl (No need to worry, Durk, I never had a shot).

Nicki Minaj and Lil Durk definitely put the ‘extra’ in extravaganza on this song.

I’m not going to lie, I was uncomfortable as s**t listening to “Extravaganza.” On it, Durk and featured guest Nicki Minaj talk about performing sex acts such as sucking, spitting, riding, indulging in white sauce, and sniffing booty. On Durk’s contributions, you get some auto-tuned up s**t, while Nicki raps and sings on her part, literally sounding like she’s about to pass out from being oversexed.

You know how you tell people that show public affection to get a room? I’m bout to tell these two sickos to get a brothel.

If the law wanted to indict Durkio on attempted murder charges, “Green Light” will definitely be a piece of the evidence they use.

I love Lil Durk like the next person does, but on the real, I do wish that he would rap more as opposed to singing all the time. In “Green Light,” I get my wish, as the Chicago native gifts us with a dark ass track that has him taking aim at his foes and bragging about his gun collection. While I am damn-there s**tting my pants at the idea of crossing Durk, I couldn’t help but enjoy this heinous version of the rapper.

Durk is kind-of rapping like G-Herbo on this song.

In “Bora Bora,” Lil Durk takes aim at fake n***as, embraces real n***as, endorses drug-usage and sends his chick to Bora Bora. To me, what makes this song special is the instrumental’s tempo, its effortlessly trill nature, and how Durk sorta glides his way through his verses/the hook.

If Durk is trippin’ off seeing his homies fake patek, wait ‘til he sees this fake ass Tommy Hilfiger I have laying in my closet.

“Bougie” is a hit! Not only does it feature a Roddy Ricch-esque hook (Yes, it has gotten to the point that Roddy Ricch is being copied by Durk now), lots of strip club energy, a melodic, yet reckless ass verse by Durk, and bars by Meek that are pretty carefree. I have no doubt in my mind that this song will be played heavily in clubs, especially during that one hour in which they remove all the tables and chairs from the dinner area (I hate when they do that s**t).

It’s beautiful that rap n***as can be bougie in Donald Trump’s America.

Ever since Lil Durk got dropped from Def Jam, I’ve been watching his moves closely. No, I don’t necessarily watch his moves in the streets closely — to me, he’s hood certified — I watch his moves in the booth closely. With that being said, in “Love Songs 4 The Streets,” I feel like he’s finally found a sound that gels, and that sound mixes fearless singing and gritty rapping together as seamlessly as possible.

As I stated above, Lil Durk is a certified gangsta, to me. Sometimes he brags and boasts about this stature, but for the most part, the braided rapper does a great job of outlining the trials and tribulations that comes with such a title. In “Love Songs 4 The Streets,” I feel like you get everything from cries for help to real horror stories from Durk’s Chicago hood, with each being delivered in a riveting manner either rapping or singing-wise. Don’t get me wrong, Durk still talks his braggadocios/finessing s**t throughout, its just sandwiched between real ass moments.

You know what gets slept on about Lil Durk’s artistry a lot? His rapping ability. No, he doesn’t really utilize punchlines or wordplay all that much, but his flows tend to always be on point, his confidence is top notch, and lyrically, for the most part, he comes across as intelligent and intricate. On the real, while listening to this album, I heard a level of maturity in him that was glaring.

Two things that were fantastic about this album were the guests appearances and the beats. “Love Songs 4 The Streets” featured pretty solid performances by Meek Mill, Nicki Minaj, 21 Savage and A Boogie Wit Da Hoodie. It also featured a stupid, but electrifying performance by Key Glock. As for the production side, Durk was blessed with nothing but action-packed beats — some that invoked bragging, and others that invoked cinematic hood tales to be told.

With Roddy Ricch emerging as a more appealing Lil Durk to many and Durk’s attempted murder court case ongoing, the future of the Chicago rapper looks a bit bleak. While we should be afraid of what’s next, I think Durk has shown time and time again that he performs better when his back is against the wall — “Love Songs 4 The Streets” confirms that.