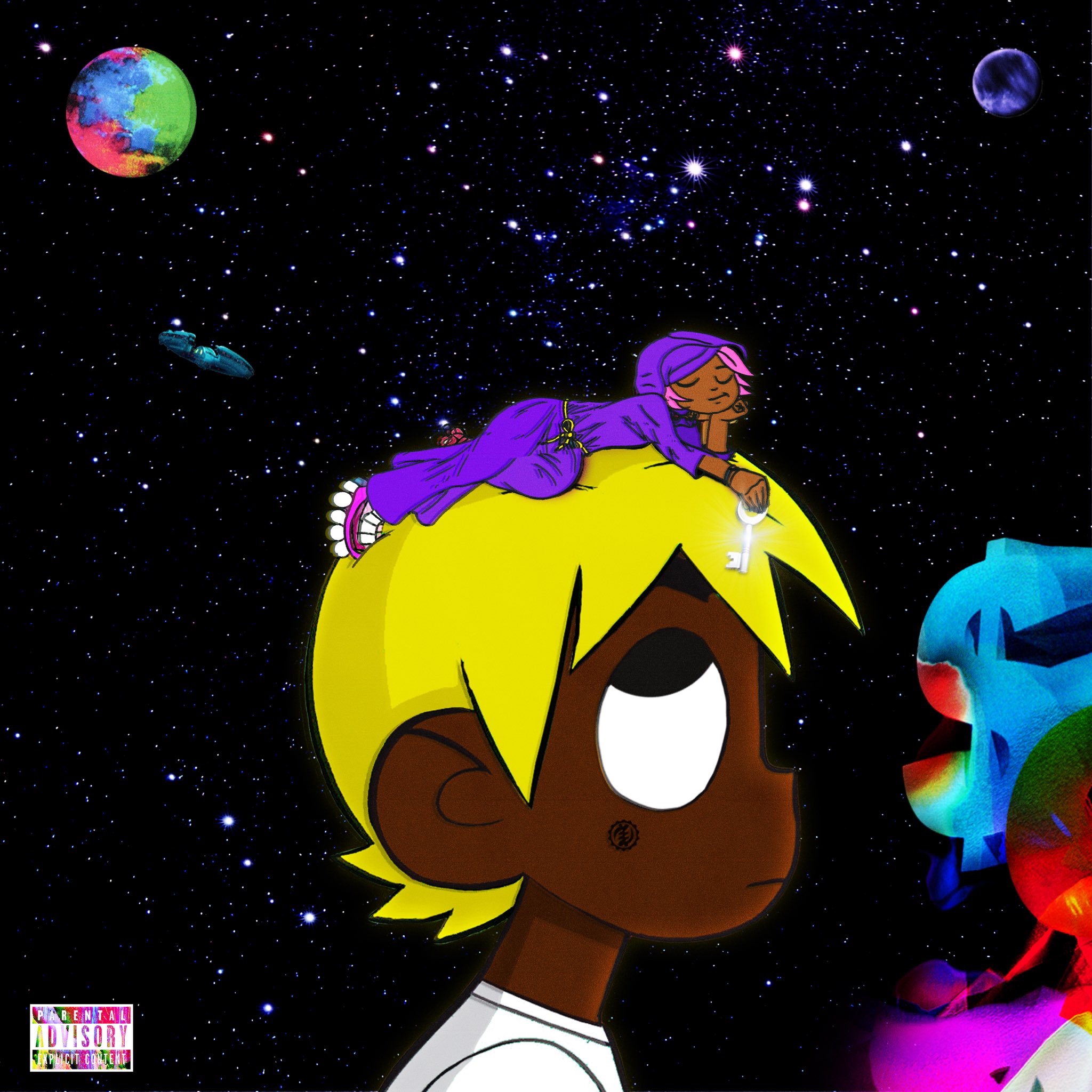 With “Yessirskii” featuring a laidback beat by Pierre Bourne, over it, 21 Savage and Lil Uzi Vert rap ruggedly about toting guns, getting guap, and leaving women sticky. While Uzi spits his bars energetically on the song, 21 sounds like he spit his while laying on a hammock.

Hold on, what the f**k does “Yessirskii” even mean?

Lil Uzi Vert raps his ass off in “Money Spread.” Not only does he flow fantastically on his lone verse on the song, but lyrically, he comes across like one of the coolest villains known to man.

While Uzi put up a flawless performance on “Money Spread,” unfortunately, the song also features Young Nudy. All jokes aside, Nudy puts up a decent verse on the song, as, throughout it, he comes across like Littler Uzi Vert when it comes to rap flows, and like one of the highest-paid goons in hood history lyrically.

“I Can Show You” is the second hardest track on LUV vs. The World 2 (“No Auto” is the hardest). On it, Uzi gifts us with melodies that are beyond infectious and talks big s**t throughout, letting the world know that he’s no snake, he’s no fake flexer, and he’s no punk. To me, you don’t have to be a fan of emo/psychedelic rap to enjoy the track, you simply have to enjoy music from someone who legitimately sounds like they are about that life.

PS. I slightly mentioned, “No Auto” in the paragraph above — A song in which Lil Durk and Uzi absolutely went ham and cheese with some damn lettuce in the middle. I didn’t put it on my top 5 list, but it’s definitely just as good as any other song on LUV vs. The World 2.

In “Lotus,” you get some pretty fearless singing and trill-ass lyrics by Uzi (Well, his bar about rocking tight jeans isn’t that trill).

When it’s all said done, “Lotus” is a standout on LUV vs. The World 2 because of its high-octane energy. Matter of fact, I wouldn’t be surprised if Uzi recorded the song while being on a rollercoaster ride.

I definitely get “XO Tour Life” vibes listening to “Lotus.”

“Myron” isn’t as strong as “Baby Pluto,” but it still f**king cranks!

“Myron” features futuristic vibes, an production that is full of bops, a helluva buildup, beyond reckless lyrics, and classic Lil Uzi Vert melodies. The song also features YNW Melly (I’m joking, Uzi does his best impersonation of YNW Melly on the song).

I know only one Myron and he is a sicko.

If I’m being completely honest with you, Lil Uzi Vert raised the bar musically with Eternal Atake. To me, the level of creativity he showed on the album truly made me view him as one of the most important figures in hip-hop today. LUV vs. The World 2 isn’t as creative as a project, and that can be partly because it isn’t as new of a project (A lot of the songs on the project were recorded a few years ago).

To many, LUV vs. The World 2 focuses primarily on melodies; I actually disagree with that. In my opinion, Uzi spits some pretty tough bars on the project, only opting to use his dynamic melodies to make his words poke out more when he needs to. Does he come across like the second coming of the late great Notorious B.I.G. on the project? No, but he does entertain with witty punchlines, believable tough-guy lyrics, and flows that are pretty dynamic (We need to give Uzi credit for his unbelievable flows).

Personally, not a single track on LUV vs. The World 2 blew me away. Some were catchy, but none gave me the feeling that they were going to grow on me like Uzi’s music usually does.

My biggest takeaway from LUV vs. The World 2 was how useless the guests were on it. I’m not going to lie, after I saw Future, 21 Savage, Lil Durk, Young Thug and Gunna’s names on the tracklist for the album, I assumed I was in for some amazing s**t; instead, I found myself skipping tracks once I heard their contributions. Like I mentioned in my review for Eternal Atake, Lil Uzi Vert is a one-man show that can electrify all by his lonesome.

In three years, we barely got any new projects from Lil Uzi Vert; in two weeks, we got two. After listening to 32 tracks by him in such a short span, one thing is clear, to me: He’s a star that should never be put in a box, never have an album be delayed, never play second fiddle to anyone, and never be left alone with my woman.