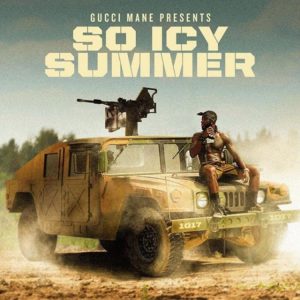 Gucci Mane is usually on some peaceful s**t nowadays, but on “Breasto,” his savage side shows its face.

On “Breasto,” Gucci Mane raps about f**king with skeezers, spending money recklessly, and f**king with n***as that would put anyone six feet under. Literally, he sounds like a trap Freddie Krueger on the song.

Foogaino is also featured on “Breasto,” and on his lone verse on the song, he plays Gucci Mane’s right-hand man who treats women and ops like iPhones with cracked screens.

According to Urban Dictionary, a breasto is a burrito that is made out of breasts of old women. Ahh, s**t makes hella sense now!

I grewed up on Gucci Mane (Yes, I said grewed up). To me, he was speaking to the streets like no other rapper was when he dropped music back then. On “Still Remember,” Gucci sounds like he is still happily married to the streets.

“Still Remember” is so trill, I f**ked around and ordered some gold teeth while listening to the song. Not only is it powered by a beat that sounds like it has a few murder charges under its belt, but you also get verses by Gucci Mane and Pooh Shiesty that hustlers, ballers, bando employees, gun-totters, drug-dealers and scumbags can relate to.

Three certified gangstas decided to link up for “Nasty.”

“Nasty” is powered by a beat that I can see Playboi Carti killing. Over it, Young Nudy and Gucci Mane both sound like they are bragging about their violent/flossy ways while playing hopscotch. As for 21 Savage, on the song, he effortlessly/bluntly calls out snitches, his ops, and anyone who doesn’t wear masks when they go to the grocery store.

Even though “Lifers” features a bunch of random rappers, I think the song is fantastic!

So why do I like “Lifers?” For starters, I think it’s dope as hell listening to both Gucci Mane and Key Glock spit serious bars over an action-packed Juicy J-like beat. I also f**k with the way Foogiano and Ola Runt trade animated/violent verses on the song. All in all, I love the energy “Lifers” boasts.

“Both Sides” is harder than left out McDonald’s french fries. On the song, you get a beat that is trap-riveting, a hook by Lil Baby that is slightly melodic but all-the-way trill, and verses by Baby and Gucci Mane that are as violent, hood-authentic, and raw as it gets. While listening to the song, I thought about purchasing one of those deadly Nerf guns for protection (Don’t sleep, those guns can do some serious damage).

I don’t love So Icy Summer… Matter of fact, I hate it. It features a bunch of wacky, stereotypical, poorly written, and boring trap songs. The album also flows horribly and doesn’t feature nearly enough Gucci Mane (The whole second half of the album features little Gucci Mane). I get it, now that Pooh Shiesty and the 1017 City Girls have jobs the unemployment rate will go down, but damn, I didn’t sign up to hear these guys this much on a Gucci album!