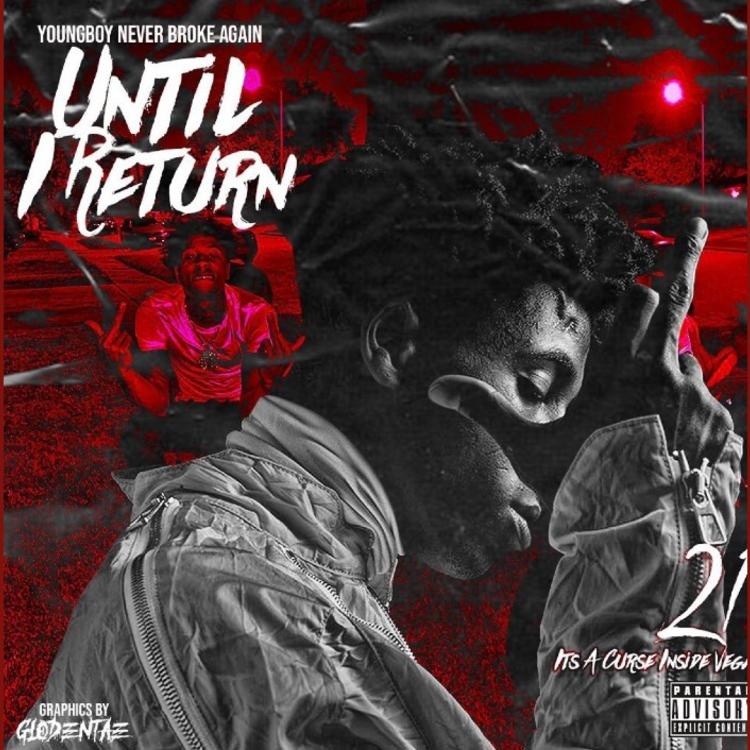 On “Until I Return,” NBA Youngboy reminds us that he needs a version of Jesus that is operating at an MVP level.

I don’t love the flows that NBA YoungBoy raps with on “Thrasher” (They are a little too erratic). What I do like about the song is that it features a hook that is both complex and lengthy. I also like that NBA YoungBoy comes across as a cool, calm, and collected killer on the song (Beats the hell out of having him come across as a diabolical killer, right?).

Damn, I thought “Thrasher” was going to be a love song…

Hey, I just watched a documentary on Whitey Bulger the other day!

Whitey Bulger is a mob boss from Boston that killed over fifteen people. If you knew that already, then you shouldn’t be surprised that “Whitey Bulger” features cold-ass vibes, terrifying lyrics, and moments in which NBA YoungBoy sounds like a dude that deserves the chair.

Contrary to popular belief, “Walking Dead” is not about Donald Trump’s presidency.

I f**k with the hook on “Walking Dead.” I also f**k with the way NBA Youngboy switches between a soulful singer, an erratic rapper, and someone who is trying to slip out of a stray jacket on the song. What I don’t f**k with is the heinous-ass lyrics on the song. (Negro, how many people do you have to shoot a day to be satisfied?)

I wonder what “Chopper City” is about…

“Chopper City” is one of those bangers that will have you going crazy. The song features a menacing beat, ferocious deliveries, perfectly placed hums, and lyrics that make NBA YoungBoy sound like the second coming of the guy from Doom. If you are someone that is on the edge of spraying your block up with a super soaker, this song will take you over that edge.

I guess being “Casket Fresh” is a good thing…

Remember when YoungBoy Never Broke Again said that he was going to take a break from making music? The lie detector test determined that was a lie.

I don’t connect with NBA Youngboy’s music at all… As I’ve said in the past, a good chunk of the song’s he releases lacks structure, sensible lyrics, and stomachable flows. A good chunk of his songs also sounds identical to one another. With that being said, it was very hard for me to find five songs that I loved from Until I Return. However, I was able to find a few songs that would make me want to do the following things:

In all seriousness, this Until I Return mixtape is not that bad… After running it back a few times, I found it to be rather riveting (Anytime a writer uses the word ‘riveting’ in a post that they wrote, they are trying to be nice about something they really don’t like). I get it, a bunch of songs features all kinds of violent lyrics and wacky-ass flows, but at the end of the day, there is beauty in hearing a young adult let loose when they get a chance to (Anybody that uses the word ‘beauty’ to describe a YoungBoy Never Broke Again project is someone you shouldn’t trust).

Do you guys realize how hard it is to review an NBA YoungBoy album? Hell, half of the time I don’t even know what to refer to him as!