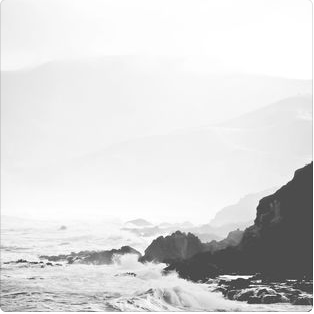 Lets keep it all the way real: Ace A Caped Crusader is probably cooler than you and I. Seriously, when he raps, it is typically with this sly style that is as easy-going as it gets.  in “Whxte,” our hero lets us know that there is more to his story, as he gives us 9 tracks of heartfelt music that digs deep into his dark yet scintillating thoughts.

“YNIHBPT” has a very complex title, but the track is as simplistic as it gets. Over this hazy instrumental, Ace lets the listeners know that nothing fazes him, reminding us that he’s all about his stacks, and he’s ready to take you out if you get in his way (And I’m not talking about a date, folks). Some may think the song sounds a bit repetitive, but I actually think it is super catchy. By the third time you hear it, it will definitely be stuck in your head.

“Flow” contains a good mixture of all the songs you will hear on this project. It’s mellow, has a nice little tempo attached to it, and contains punchlines galore. What I like most about the track, though, is the ease that Ace raps with on it. I feel like he doesn’t stress a single bar.

I love how Ace stretches out his words on his verse. It’s almost like he wants to make sure you comprehend every lyric he drops. I ain’t mad at that approach!

For the most part, “Whxte” is a pretty mellow album, but on “Don’t Try Me,” Ace gives us something that is both litty and trill. Though the track is pretty short (1:18 to be exact), Ace was still able to give us the perfect introduction into his world on it, laying down one big verse that lets the people know what he represents. I love the track’s rhythm, it’s rawness, and the savage lyrics he delivers on it.

“Part I” & “Part II” are two of the most important tracks on the album, as it contains as vivid of a picture to what our hero thinks about on a daily basis. On both, Ace leaves the flashy and violent lyrics at home, instead choosing to touch on topics such as loneliness, family problems, and lost love. Listeners will f**k with the song mainly because it comes across as real, and will certainly sympathize with the pain he feels.

“How to kill a God” is as epic as it’s title, containing a glimmering instrumental and some pretty good wordplay.

On the real, I believe this is Ace’s best song lyrically. I feel like he rides the beat perfectly, and finishes his bars flawlessly. Why not kill a God with tough ass bars, right?

This beat is nothing short of amazing, to me. Thank God our hero approached it with a good amount of urgency.

It’s not often that you get an MC that simply raps these days. We as hip hop fans hear so much mumble rap, poor harmonizing, and auto-tuning, almost forcing you to forget what an organic rap artist even sounds like. In Ace A Caped Crusader’s ‘Whxte’ album, you get a reminder, as our hero doesn’t care to sound politically correct on it, he just speaks his mind over a couple of beats that understand his various moods. If you are a true hip hop fan, you will love the album, but if you are apart of Lil Pump’s ‘Gucci Gang,’ you probably won’t…