LIC- The Beast Within (Mixtape Review) 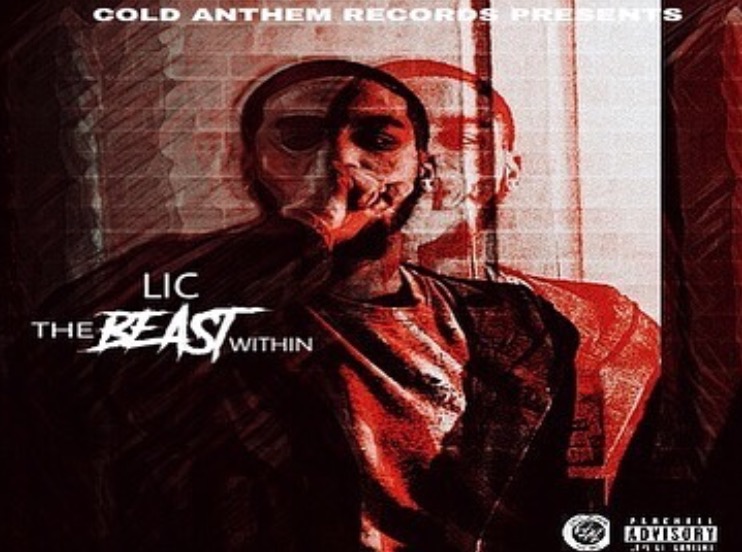 Signed to Cold Anthem Records and hailing from Long Island, New York, LIC is the latest to break out of the hip-hop scene up north. His mixtape, “The Beast Within,” is packed full of original hits showcasing his raw talents.

Coming up as an artist in the digital era is infinitely easier than it used to be. Before websites like SoundCloud and datpiff made it possible to get your sound out and into the world at the speed of light, many artists could only dream about being discovered. In the digital age, artists are taking matters into their own hands, dropping their mixtapes and albums online and letting the listeners decide for themselves what’s hot and what’s not. However, exposure does not equal talent or skills, so it’s a great thing that LIC has both!

LIC and EBK Trey got together and gave us a laid back track about romancing in the club; who doesn’t like a little romance in the club?

On “Move,” we get a look at LIC’s softer side as he serenades his future wifey. It’s a simple song with a lot of repetition, which is just right for easy memorization and singing along.

Despite a couple of clever one-liners on this track that caught my ear and made me chuckle, “Move” is definitely the smoothest song on “The Beast Within.”  It has a nice mix of trap and auto-tune R&B like Fetty Wap or YFN Lucci’s music.

Outro is so rugged! First of all, the instrumental is hot fire; second of all, LIC brought the heat on the way out of this album and made sure to leave his listeners on a high note.

LIC tells a little bit of his life story and confirms how he got his nickname LIC when he says, “I had to get it how I got it.” In my opinion, everything from the beat, to his flow, to the lyrics on this song certify LIC’s status as a New Yorker.

I knew this song would make the top 5 from the first listen. “$oul Food Remix” is as the title suggests, soulful, but it’s inspirational too. This is one of those songs with a “determined to make it out of the struggle” message. Every time I hear one of these songs I genuinely feel like the voice on the other end of my headphones is a real person with a true story to tell as opposed to an entertainer and it makes their lyrics hold that much more weight.

This mixtape would not have been the same without “$oul Food Remix.” LIC’s authenticity shone through here, leaving a lasting impression on me.

Before LIC even comes in on the first verse, the instrumental lets you know this song will probably tug at your heartstrings. Like on “$oul Food Remix,” LIC spits the real on this track:

“I don’t want to be a block star, dodging all the cop cars, I wanna put my lady on that pedestal that top bar. I’m a beast I gotta eat so I get it regardless, n*ggas walk to they job if a n*gga was car-less.”

If that’s not being real then I don’t know what is. Music is a form of self-expression, so LIC could really be as reckless as he wants to be with his words, but the overall tone of his music remains positive and transparent.

“Ballin’ Forever” is the fun track on “The Beast Within,” and if I had to guess, will most likely go mainstream. LIC’s signature crooning is all over this track and gives it a nice touch. The chorus is the most memorable on the whole mixtape, and had me coming back to this song for another listen.

YT and LIC are a formidable duo that can vibe together and pass the mic back and forth with ease. These two are “about that cash life” and let’s face it, who doesn’t love money? “Ballin’ Forever” is the song to go to for riding out with friends when everybody is dressed to the nines and feeling themselves.

My takeaway from this mixtape is that LIC is a talented hardworking musician who loves and respects his mother and has something to prove to the world. (Shoutout to every rapper from Tupac to Drake who thanked and/or promised his mother a better life.) LIC also has the hookup because the beats on this mixtape are phenomenal.

As he relays on “The Beast Within,” LIC dropped out of college to pursue his music career. He has probably heard a million times that that was a bad decision, but from what I’m hearing, the man has a viable career as a musician. For a mixtape, “The Beast Within” has a very polished sound as if it were a studio album. Now I only say “for a mixtape,” because it has become nearly impossible to tell the difference between a mixtape and a studio album unless stated outright. (I touched on this earlier, however, the ways that we are exposed to music are evolving. It’s hard for me to believe that a mixtape would have had this level quality of sound as well as blazing instrumentals ten or fifteen years ago.) That being said, I am thoroughly impressed with LIC’s lyricism as well as his ability to put out so many hits on a single mixtape. Give “The Beast Within” a listen on LIC’s SoundCloud and see for yourself!