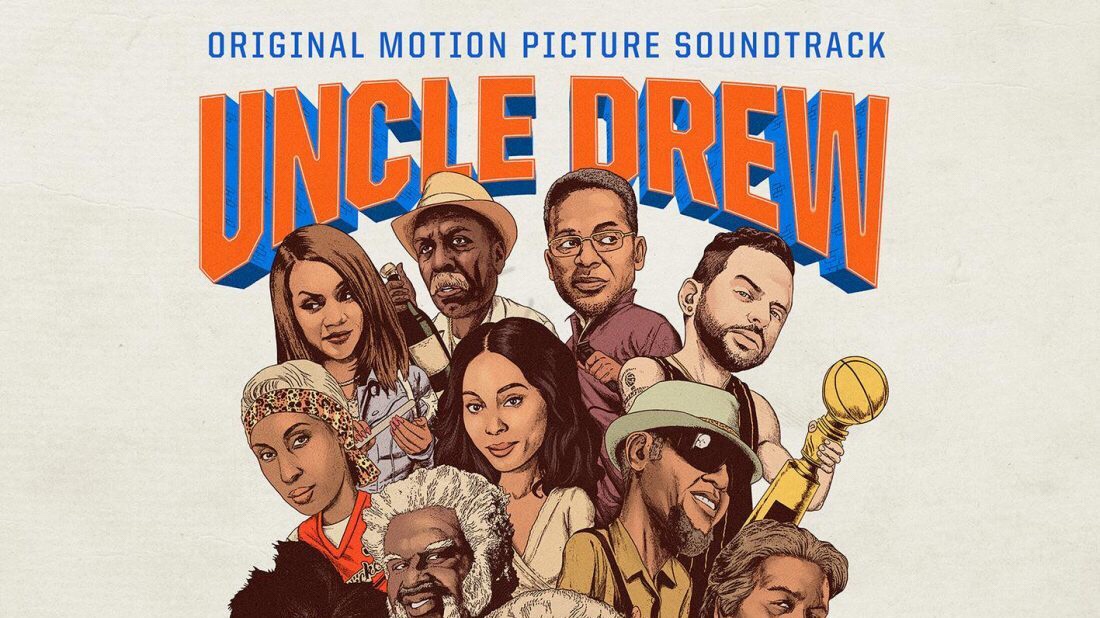 The Uncle Drew soundtrack has come out at a time in which soundtracks are on a roll. With the Black Panther and Superfly projects generating a buzz bigger than the bugs down in Texas, the good people at RCA knew that they had an opportunity to cash in on trend that is winning right now.  Go ahead and get that soundtrack money, RCA!

This song was actually made by Kyrie Irving. No wonder it’s called “Ridiculous.”

Kyrie plays an old man in the Uncle Drew movie, but on this song, he plays Bruno Mars. Over this old school instrumental (From approximately 1990), the man with the deadliest handles in the league shows off his vocal abilities. Is it the best thing since sliced bread? No, but I did think he was able to infuse some of his unique personality into the overall musicality of it. (Listen, I’m trying to find a way to get you interested in the song)

Kyrie left Cavs and now he has all kinds of freedom.

Street ball became popular in the Harlem streets, so this song makes all the sense in the world. With that being said, this vintage sounding rap track excels in making you feel like you’re listening to something in the 70’s while still giving off these modern day vibes.

Who knew I would actually like a song in which Ferg is tamed?

New York vibes resonate astoundingly on this track, as French and Remy rap over this instrumental that mixes elements from the Harlem Renaissance and classic French Montana s**t (that’s one helluva mixture). Since that’s the case, French feels very comfortable rapping over the beat, giving us something that accommodates both the hood and the commercial music fiends. As for Remy, she’s good on any beat you put her on, as her punchline heavy/competitive rap ways translates well on nearly everything.

“I Can Feel It” is simply good music. Matter of fact, it sounds like something a “G.O.O.D music artist will make: It has this feel good vibe to it, incorporates gospel themes into the equation, and even features uncredited singers (Unless that’s Goldlink singing in the hook).

The one and only thing that ruins this song for me is GoldLink’s two verses. They sound off, as it feels random at times, and quite honestly, pretty pointless when you try to add it to the grand scheme of things. I’m Gucci with everything else, though.

Raise your hand if you knew this major club banger was on the Uncle Drew soundtrack.

As of late, it seems like everything Yo Gotti touches turns into gold. He’s cleary on a roll, and this song only furthers his streak. In “1942,” his presence alone makes this song feel like a  stripper hit.

G-Eazy and YBN Nahmir are also on this song, and they both play great supporting roles. On Eazy’s part, he drops something sly, gliding through his verse like his bars had wings on them. As for YBN Nahmir, the young man holds his own on his part, giving the track this youthful feel.

This soundtrack falls in line with all the other soundtracks that has released in the last couple of weeks. The one difference is that all of Harlem helped to create the sound for it as opposed to a single artist like Kendrick or Futute. With that being said, the people behind it did a great job of blending rising artists and established veterans on it.

Much how the popularity of the artists featured on this track varies, so does the type of music. In one sense, you might get a modern day trap song like “1942,” and in another, you might get something soft and mushy like “Us.” Additionally, some artists stick to the topic at hand (Basketball), and others incorporate their own topics into the fray on their own tracks. I feel like this unique approach is a positive one for fans of music, but how much does it help promote the movie? Who cares, I’m not going to watch it anyway.