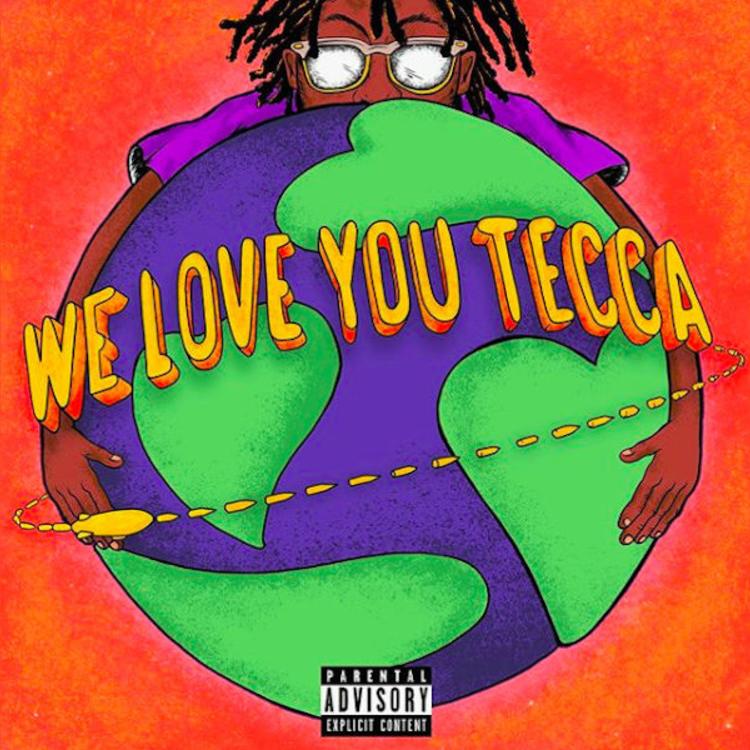 Lil Tecca tries to convince the world that he’s the real-deal with the release of “We Love You Tecca.”

“Love Me” is one of the few songs on this album that sounds complete, to me. On it, Lil Tecca sings about trying to find a love that is real (Even if he’s not ready for it). While I’m banking on the adorableness of a 17-year old trying to find love to draw you in, I do believe it’s the song’s pop instrumental, infectious melodies, and catchy hook that will make you want to have it on replay.

If Tecca wants ‘real love,’ he has to put down his damn XBOX 360 controllers (Or whatever game console these kids are playing on these days)

How sure are we that Lil Tecca made “Shots?” On some real s**t, I heard A Boogie Wit Da Hoodie the whole time while listening to it.

“Shots” features this islandy instrumental that also has a splash of grit attached to it. Over this instrumental, Lil Tecca raps tough and sings blissfully, threatening foes with gun-talk and dismissing h*es like they are the ends of pizza crusts. Though the track is pretty short (It’s 1:49), I feel like Tecca was able to display some of his best attributes as a rapper on it.

“Did It Again” is what I would call a ‘cinematic club banger.’ With the track being powered by this riveting trap instrumental, Tecca brags and boasts about his winning ways, provokes haters, and steals all of our chicks (Just like Jackie Chan would do).

You know what I like about “Did It Again?” Tecca raps relentlessly on it. It’s almost like he’s trying to get out every single thought he has in his mind before the bad guy’s laser hits him.

“The Score” is sly as f**k! Matter of fact, I think you get Lil Tecca’s best rap performance on it.

“The Score” boasts this uptempo, yet serene trap instrumental that damn-there begs you to move through life depressed with gold teeth in your mouth. Over this instrumental, Lil Tecca keeps s**t real, dismissing snakes and convincing battered women to hang with him and his crew. While I f**k with the real n***a lyrics Tecca spews out throughout his verses on this song, it’s his ability to transform from deep harmonizer to gritty rapper throughout that catches my attention the most.

I legitimately f**k with “Ransom!” I enjoy the song’s catchy hook, its trill ass lyrics, and the authentic trap instrumental that powers it. While I don’t believe a single word this 17-year old nerd spews out on it, I do f**k with the confidence he shows from start to finish.

If A Boogie Wit Da Hoodie and YBN Nahmir had a baby, that baby would be Lil Tecca. Throughout “We Love You Tecca,” the New York rapper dabbles in infectious, yet trill melodies like Boogie, violent lyrics like Nahmir, and pretty colorful trap instrumentals like the ones Juice WRLD usually picks for his albums. At times, Tecca strikes out in each category, but that doesn’t stop me from being impressed that a dude that probably just went through puberty is able to show such fearlessness as an artist.

Tecca is not a great rapper, but I do see his potential. As I stated a bit earlier, he has great confidence, but it’s his meaningless  subject-matters (Which plenty of rappers talk about meaningless s**t) and occasional blurriness that turns me off about him. As he continues to grow/evolve as an artist, I do see him polishing his s**t up a bit, even if it requires him to end up in uncomfortable situations.

You know what’s hella impressive about this album? There was only one feature on it (Juice WRLD). Kudos must go out to Lil Tecca for creating an eighteen track body-of-work (BTW, I thought there was way too many f**king songs on this album) all by his lonesome. Think about it, there were some songs that could’ve used a crooner, and Tecca played crooner. There were also some songs that could’ve used a veteran presence, and surprisingly, Tecca played a n***a that’s seen it all on those songs. Man, GOD doesn’t make do-it-allers like Tec’ much these days.

Thus far, Lil Tecca has had a successful rap career. With his “Ransom” hit still bubbling worldwide, he has shown the world that youngins can be bosses, too, whether or not they are trained to be by other bosses in the game. While I don’t quite like his “We Love Tecca” album, I do believe he has a bright future in the game.