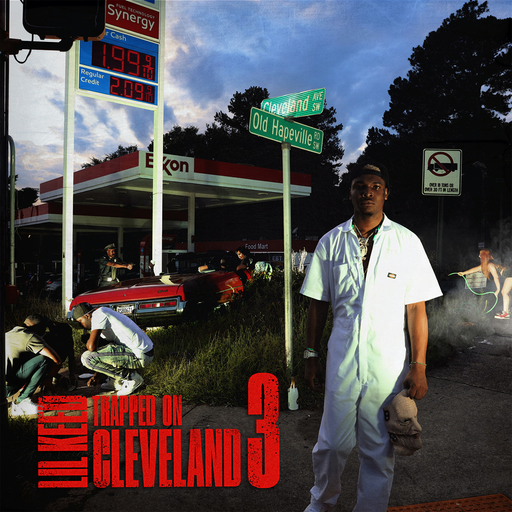 No, “ZAZA” is not dedicated to NBA legend Zaza Pachulia.

Did Future just say he was bigger than Jesus? (Is this dude crazy?)

“FOX 5” is so good, they tried to shoot Gunna and Lil Keed for making it! On the song, you get to hear two of hip-hop’s biggest mumblers in the game go back and forth on some woman-snatching/weed-smoking/gun-toting s**t. You also get a chance to hear the two rappers flow impeccably over a beat that has some serious bass attached to it.

Of course, “Kiss Em Peace” is one of the most unique songs on Trapped In Cleveland 3! Anytime Young Thug and Lil Keed link up, they push boundaries and break glasses. Anyways, on the song, we are blessed with a colorful trap beat, silky smooth vocal performances, interesting melodies, and some of the most effortless bragging I’ve ever heard in my life. All in all, if you are in need of a comforting trap banger to play when you’re on vacation, “Kiss Em Peace” is it!

Lil Keed and Travis Scott turn up on “Wavy (Remix).”

I didn’t know that a song called “Wavy” by Lil Keed existed… I’ll tell you this, though: I know the song exists now that Travis Scott hopped on the remix to it!

From the moment you press play on “Wavy (Remix),” you will nod your head. The song features a beat that is way too tenacious to ignore, verses by Lil Keed that are too exhilarating to ignore, and a verse by Travis Scott that is too hypnotizing to snap out of. All in all, I want to hear “Wavy (Remix)” in a club that is not supposed to be open as soon as tomorrow!

Lil Keed and Lil Baby put up fantastic performances on “She Know.”

“She Know” is a melodic banger. Throughout the song, Lil Keed and Lil Baby bless us with silky smooth vocal performances, impressive rap flows, and lyrics that ballers, heartbreakers, and bosses can relate to. All in all, “She Know” is a certified/unadulterated hit!

Lil Baby is literally on every rapper’s album these days.

First and foremost, let me say this: Nobody wants to hear eighteen songs by Lil Keed. We as human beings do not have an attention span that can listen to his type of music for longer than thirty minutes. OK, let’s carry on with the review!

Yo, how did this dude get trapped in Cleveland three times? Does his layover flights keep getting canceled?